The price of feed and energy has skyrocketed, in line with a drop in the market price received for pigs. As a result, Irish pig farmers are currently losing between €35 and €40 a pig.

Explaining the reasoning behind the introduction of the package, the Irish Agriculture Ministry said: “The pig sector is of significant importance to the national and rural economy.

“It is the third largest of the livestock sectors after dairy and beef. It accounts for 6.3% of the output value of the agri-food sector and generated exports valued at €930 million in 2021. Furthermore, the sector supports approximately 8,000 jobs.”

Irish Farmers’ Association (IFA) Ulster-north Leinster regional chair Frank Brady welcomed the funding, thanking the Minister for seeing that there is a major problem in the sector. But added that further aid is needed, describing the €7m emergency pig fund as a ‘token gesture’, which he said should act as a ‘stepping stone’ to further support for the sector.

He suggested that instead of the €20,000 allocation per farmer, the fund should have been paid per pig sold.

He said: “That’s only three days’ feeding for some pig farmers. While this funding is appreciated, it’s putting a bandage on a giant wound.”

IFA president Tim Cullinan acknowledged the ministry’s efforts but added: “It is important that this funding is deployed quickly and without excessive bureaucracy.

“Unfortunately, there is no sign of a light at the end of the tunnel on this crisis. While today’s announcement will certainly help, it will not be sufficient unless there is an unexpected turn in the market.” 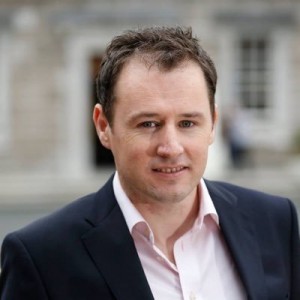 Outlining the new measures, Minister McConalogue said: “Our pig farmers have always been remarkably resilient, but I am acutely aware of the challenges they are facing at present. Irish pig farm families are currently facing unprecedented challenges due to a combination of low pig meat prices and extraordinarily high input costs, due to international factors outside their control.

“I am, therefore, pleased that the Government has this morning approved my proposal for a €7 million scheme to provide emergency support to commercial pig farmers. This is an urgent, short-term response to assist producers that would be viable but for the extreme current circumstances and allow space for a more medium-term adjustment to market signals. I am pleased to have been able to deliver this package following thorough engagement with the IFA and its national pig committee.”

“My colleague Minister Martin Heydon has played a key role in bringing this scheme to fruition especially his important work as chair of the Pig Roundtable.”

Minister of State Martin Heydon added: “As outlined by Minister McConalogue, our pig sector has faced an extremely difficult set of circumstances. We have been in close contact with all stakeholders throughout and we will continue to work closely with the industry to ensure a coordinated response. The package we are announcing today will help to support farmers through this period.”

Minister McConalogue stressed that this scheme is ‘part of a series of measures’ to support the sector.

Minister McConalogue noted that he and Minister of State Martin Heydon recently met with the main banks and SBCI specifically to discuss the crisis, and that the key messages emerging was that farmers experiencing cash flow difficulties should engage with the banks as soon as possible to discuss options and that the banks remain committed to supporting their customers in the period ahead.

The Brexit Impact Loan Scheme and the COVID-19 Credit Guarantee Scheme, both of which are financed by the Department of Agriculture, Food and the Marine in partnership with the Department of Enterprise, Trade and Employment, can be used for working capital and include features which will assist the current financial needs of pig farmers.

Teagasc has intensified its dedicated, ongoing advisory supports being provided to pig farmers and is actively engaging with pig farmers to explore the options potentially available to them.

The Pig RoundTable, chaired by Minister Martin Heydon TD, provides a forum for strategic engagement by stakeholders in the challenges and opportunities facing the sector in the time ahead, and particularly the strategic actions identified for the sector in the Food Vision 2030 strategy.