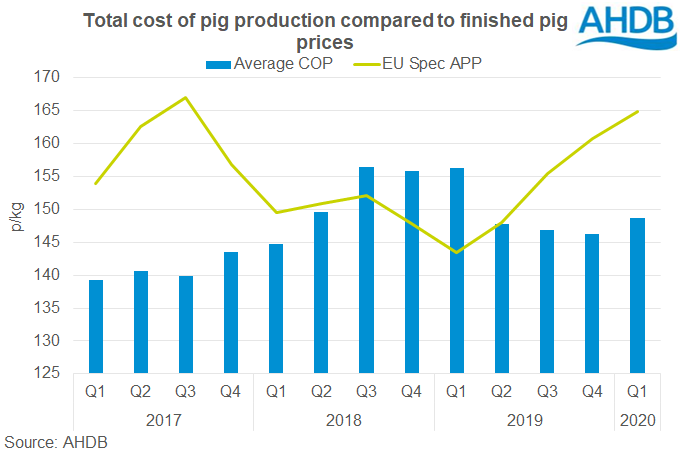 Ms Rusk reports that since the end of March, pig prices recorded an increase of just under 2p, however, looking at feed wheat prices, feed prices have probably also been a little higher from late March, which makes it seem unlikely margins will have increased further in recent weeks.

Looking forward, she adds: “China’s own battle with the coronavirus has only slowed the nation’s recovery from African Swine Fever (ASF). As a result, the Chinese pork output this year is likely to be lower than previously anticipated. This will only increase the nation’s reliance on imported protein, which if realised, would be price supportive. However, there is still a range of factors that could present challenges.

“A second wave of the virus in China remains an ongoing risk as the nation continues to adjust to post-lockdown life. Furthermore, there remains a risk of competition from lower-priced US and Brazilian product, although the ongoing disruption to pig slaughter in the US might mitigate this.”