On the call for support for producers, as has been provided in Scotland, Northern Ireland, Ireland, France and other EU countries, the Government response said:

“Defra does not currently plan to introduce financial support measures for pig farmers. We believe that targeting our financial support on incentivising processors to slaughter more pigs, thereby reducing the backlog and the animal welfare impacts on farm is the most effective way of supporting farmers at this time.

“In recent months we have seen the backlog reduce from around 200,000 pigs at its highest point to around 25,000 currently.”

The Government said it was ‘committed to tackling the unfairness that can exist in the agri-food supply chain’ and is planning to launch a public consultation in the summer exploring how fairness and transparency can be improved in the pork sector.

The MPs made a number of recommendations, including calls for the Government to adopt a ‘step change’ in how it engages with industry.

There were also recommendations that were potentially helpful to the pig industry on the shortage occupation list, the English language requirement in the Skilled Workers scheme and the timing of the Government’s fairness in the supply chain review.

It turns down the committee’s recommendation to make the Seasonal Workers Pilot a permanent scheme, although it did announce that 10,000 additional seasonal worker visas will be issued for the remainder of 2022.

EFRA said the Government ‘has not demonstrated a strong understanding of the labour shortages facing the food and farming sector’.

In the light of the government’s response, it has written to the Independent Chief Inspector of Borders and Immigration, David Neal, who recently announced he would be carrying out an inspection of the immigration system as it relates to the agricultural sector.

The letter highlights the key findings of the committee’s December 2020 and April 2022 reports on this topic, and the deficiencies of the government’s replies – including the one published today. 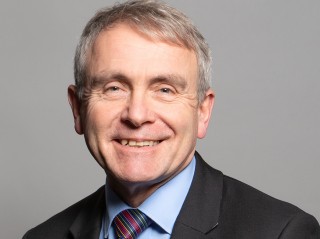 Sir Robert said: “The government’s overall response to our recommendations is wholly inadequate. We continue to be concerned that labour shortages in the food and farming sector pose real risks of further price rises for consumers in supermarkets, reduced UK competitiveness and increased amounts of imported food.

“The government really must listen to the experts – our farmers and our food producers.

“We need a more robust immigration regime that allows the farming and food sector to plan ahead with certainty and grow their businesses. Otherwise, we are placing in danger the very future of the sector.”

NPA chief executive Zoe Davies said: “We have tried every way possible over the last 18 months to persuade Defra to provide support to producers, who have taken a financial battering through no fault of their own, as we believe they deserve to be treated the same as producers in other parts of the UK and EU.

“We can’t say we are surprised at this response, but it doesn’t make it any less disappointing for our members out there, who are facing a struggle for survival. We will continue to feed evidence into Defra on the deteriorating state of the pig sector, so that they are acutely aware of the damage they are causing.”

The NPA also refuted Defra’s suggestion that the backlog has almost gone. “The information we are getting from members is that, even though it is coming down, for some it is still very much a problem and is well over 25,000 still – indeed we estimate it to still be around 60,000,” Zoe said.