On a brighter note, the Philippines remains a UK pig meat export success, increasing volumes by more than six times compared to a year ago, to 13,000 tonnes. Exports to South Africa have also increased by more than four times to over 4,400 tonnes. 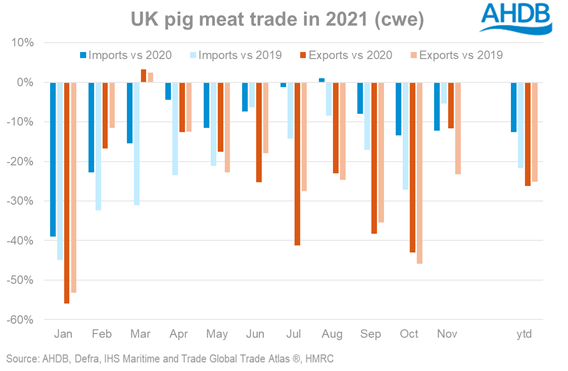 Offal exports were 9% higher year on year in November, weighing in at a total of 11,600 tonnes, driven by demand from China which took half of UK offal exports (5,800 tonnes).