Offal exports also remained similar to year earlier levels, with increasing demand from a number of destinations, including China and a number of EU markets. 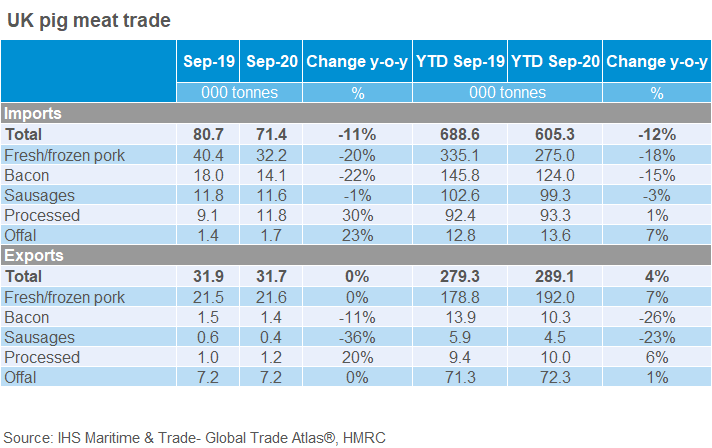 On imports, Ms Wilkins said: “Most suppliers decreased shipments to the UK, the exceptions being Denmark, Portugal and Austria. Denmark remains by far the principal source. Imports of cured pig meat also fell sharply. Sausage imports continued to be less affected by the general declining trend.

“Conversely, imports of processed pig meat increased on the back of more shipments from Poland and Ireland in particular. This was only partially offset by decreased trade with the Netherlands.”

The average price of imported fresh/frozen pork has declined in recent months, but the picture is more varied for other products, likely due to the varying mic of imported products. 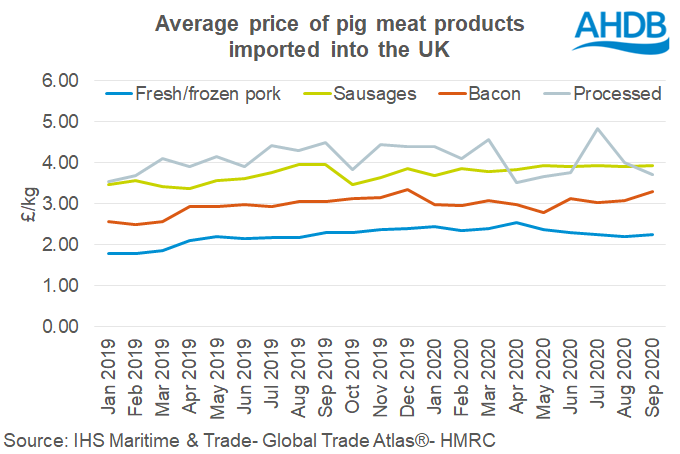