Data shows France becoming the second largest destination for fresh/frozen pork, having previously been a minor recipient, although this likely represents a logistical change in the way product is now being moved to EU countries from the UK, and may not indicate the final destination of the pork being exported.

Shipments to non-EU destinations were significantly higher than the year before, with a rise of 40%. This was led by a spike in demand from the Philippines, where trade was nine times higher than in 2020. Shipments to China also increased by 13% to 11,500 tonnes.

The value of fresh/frozen pork exports was a little higher than last year in March, totalling £37 million, a 3% increase. 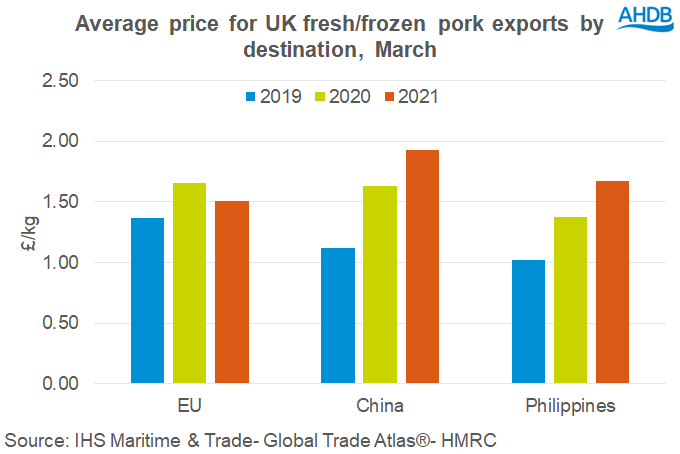 Sausage and processed exports remained extremely depressed during March compared to 2020 levels, although volumes were relatively small to begin with. 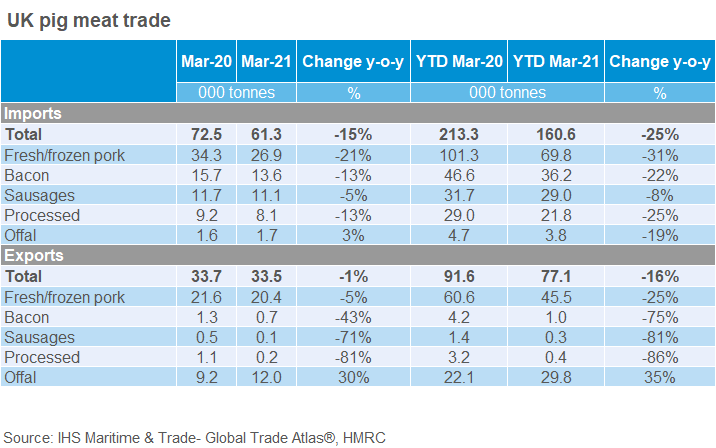 Ms Wilkins also noted that Imports of pig meat (and offal) were down by 15% in March compared with a year earlier, totalling 61,300 tonnes.

“Low European pork prices early in the year don’t appear to have provided much stimulus to import volumes. Average import prices were lower than the month last year though compared to February there was a slight increase,” she said.

Overall, the value of imported pig meat was down by 21% at £172.6 million. All pig meat products, apart from offal, recorded lower import volumes than last year. 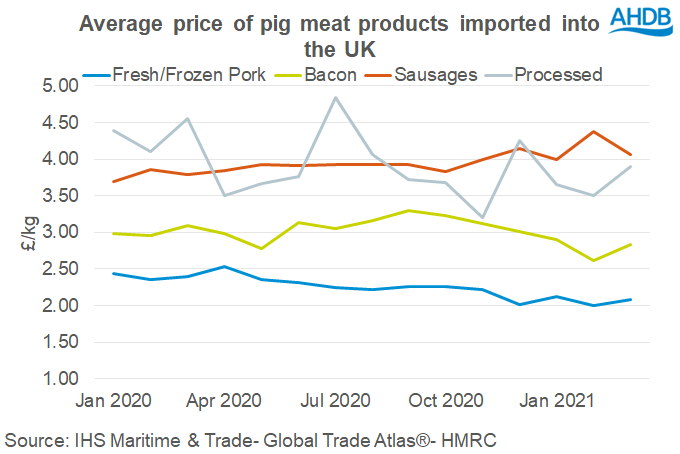