“The expectation of lower Chinese demand is a concern for Brazilian pork exporters,” commented AHDB analyst, Bethan Wilkins. “Nonetheless, there has been growth in shipments to other markets too.” 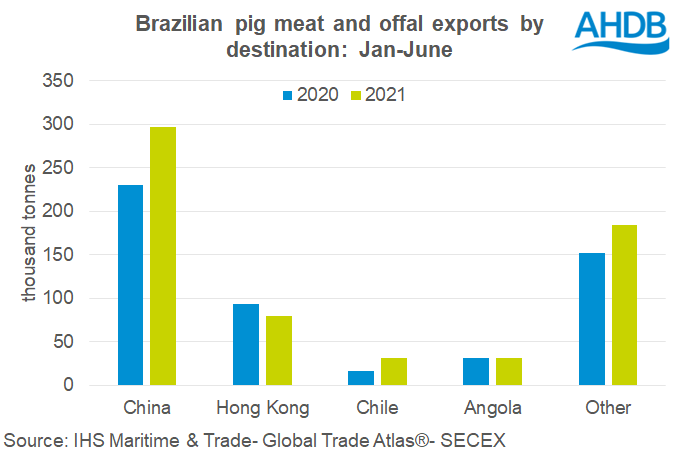 The OIE recently declared some additional Brazilian states free of foot-and-mouth disease without vaccination, and according to Rabobank, 47% of the pig herd is now free from vaccination.

Ms Wilkins said: “This increases the potential opportunities for Brazil to export to more demanding, high-value markets such as Japan and South Korea.

“Ultimately, this may lead to more widespread competition from Brazilian pork for European exporters, which are currently key suppliers to these markets.”