“The price is uncompetitive compared to alternative market routes and this has resulted in the volume of pigs going to Brechin falling dramatically and operations at the plant being reduced to three days a week,” he said.

“While there is strong market demand for pig meat the pricing structure being operated by Pilgrim’s at Brechin is making it impossible for many of our members to financially survive.”

He said the Scottish pork sector was currently losing around one farmer from the sector each week and, ‘to stop the trickle becoming a flood’, said Brechin needed to be be ‘operating at normal levels and paying the same price as other abattoirs’. 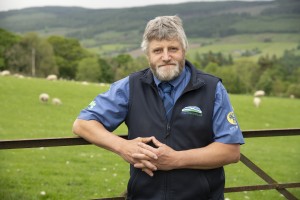 “Should the current situation persist we are concerned for the future of the abattoir itself as to operate effectively it needs a critical mass of pigs to process efficiently – we simply won’t have enough pigs left in Scotland to meet this critical mass if the current situation persists,” he added, warning that this could threaten both farm and abattoir jobs, and result in a shortage of ‘Specially Selected Pork’ on shelves.

“We are calling on Pilgrim’s to recognise their responsibility to the pig industry and cease penalising farmers through unfair pricing. If they are not willing to do review their current practices then we urge them to engage in meaningful dialogue that will open opportunities to develop a positive future for both the sector and processing plant,” Mr Kennedy said.

A spokesperson for Pilgrim’s UK said:  “The voluntary surrender of the China export licence by Quality Pork Processors’ Limited (​QPL) for the Brechin plant, under the guidance of Defra at the start of this year, has unfortunately had a devastating financial impact.

“The processing of pigs at the site is loss making and Pilgrim’s UK has continued to share the burden of these losses with farmers since May.”

He said the company was calling for ‘immediate intervention’ from the Scottish Government, to reinstate its support package announced earlier in the year, and ‘continue to do everything we can to put the Scottish pig sector into a more sustainable position’.

“A vital part of this is the reinstatement of the Brechin site’s China licence and we are doing everything we can alongside our partners to raise the importance of this via DEFRA and other government departments,” he said.

The Pilgrim’s statement said: “We are pleased the NFU Scotland shares our concerns about the current challenges facing the Scottish pig industry and would welcome its support.”

It highlighted how the Ulster Farmers Union worked successfully with the pig sector in Northern Ireland to establish a government-backed financial support package that has provided an ongoing lifeline for processors and farmers, following the loss of China export licences due to COVID.

“A similar package was initially provided by the Scottish Government but expired at the end of March,” the Pilgrim’s spokesperson said.

“Together with Quality Meat Scotland and the Scottish Association of Meat Wholesalers, we have made representations to the Scottish Government to call on officials to extend this vital support and we are asking the NFU Scotland to lend their voice too.”