“With the barbecue season about to get underway, it’s an ideal time to remind shoppers about the importance of choosing quality assured Red Tractor ingredients,” said Mr Thompson.

“The promotion will also reinforce the message that the presence of the Red Tractor logo confirms that the meat being used has been produced to some of the most comprehensive and respected standards of food safety, hygiene and animal welfare in the world.” 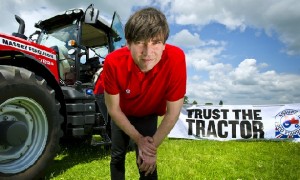