However, it did recently agree a regional approach to trading with Hungary, following two years of negotiation.

Meanwhile, shipments from Denmark (+12%) and Canada (+5%) lifted, although this was not enough to outweigh losses from other suppliers. 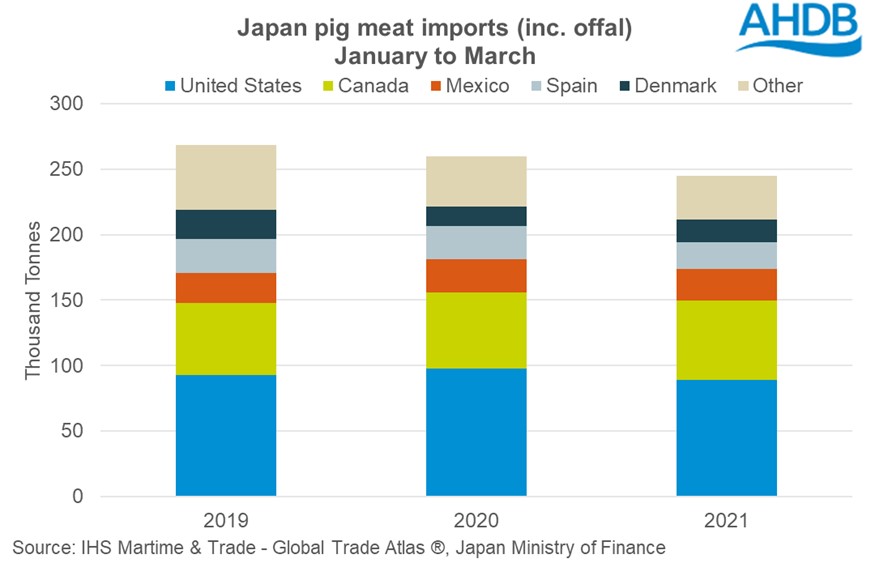 “According to industry reports, fresh pork is usually sold through retail, while frozen pork is sold via foodservice,” said Ms Magee. “As such, disruption to eating out resulting from COVID-19 seems to have shifted demand away from frozen to fresh/chilled pork. However, this has not been enough to grow import demand overall.”

She added that the USDA expects Japanese pork consumption to remain relatively steady on last year’s levels or 2021, with foodservice sales anticipated to remain weak in the first half of 2021, and that imports are anticipated to lift by just 1% on 2020.