The indoor herd average reached 28, up 0.3 compared with the 12-months to September 2020. It was also over 0.4 more than the 12-months to June 2021, showing that performance in the most recent Q3 period was greater than during the same quarter last year, Ms Wilkins added.

It was a similar picture for the outdoor herd, although the performance improvements were milder. The average for the 12-months to September 2021 stood at 24.8, an increase of about 0.2 compared to both the previous year and the 12-months to June. 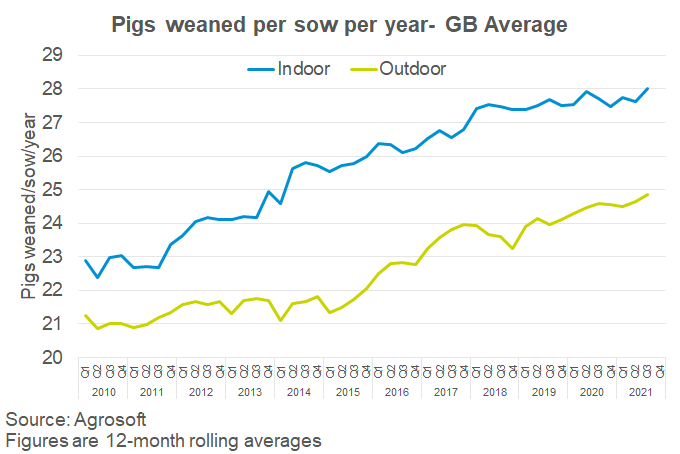 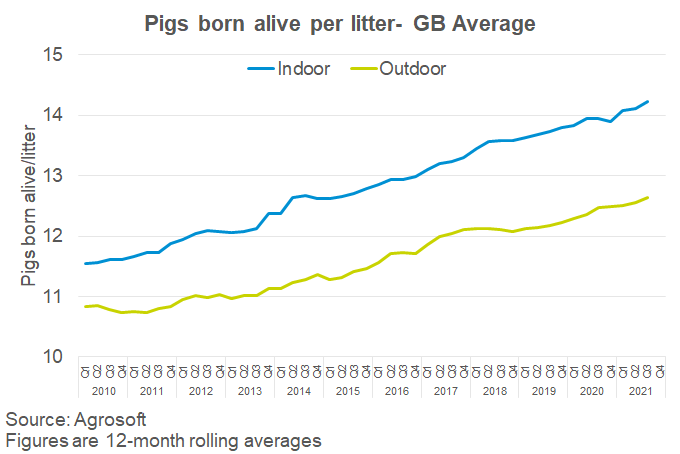 With the British pig sector continuing to face high feed costs and difficulties getting pigs to slaughter on time, it is expected that sow numbers will have noticeably declined in the second half of this year.

However, this is likely to be countered by the improved productivity in terms of the impact on slaughter pig availability, Ms Wilkins said.

“This will be supporting the number of slaughter pigs available this winter. Performance improvements would normally be positive for pig producers, but limits to processing capacity further up the supply chain means these gains have likely contributed to the challenges dealing with the numbers of live pigs available. The number of breeding sows in the UK was relatively stable in June,” she said.