The recent stabilisation in the price could suggest that demand is showing signs of a seasonal uplift in the run up to Christmas. Indeed, Kantar data based on UK retail figures shows pork demand to be up 2.6% in the 12 weeks to 4 November. 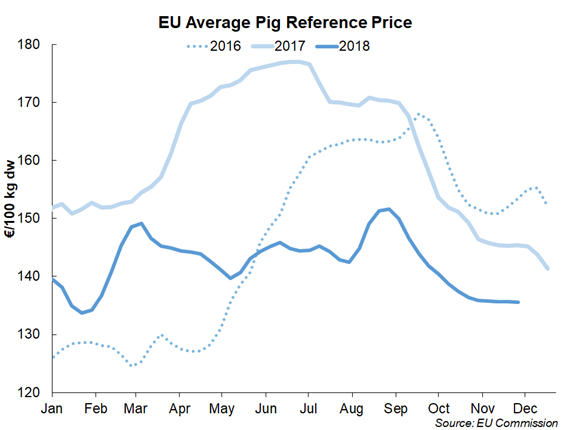 Prices across the majority of EU have remained fairly stable. In Germany and Netherlands, they have recorded little change over the past four weeks and as of the week ending December 2, averaged €140.16/100kg and €121.20/100kg respectively. Meanwhile prices in Belgium and Denmark picked up a little during the last four weeks. Contrastingly, the price in Spain continued to fall slightly over the past four weeks, by €2.59, and currently stands at €127.43/100kg. The Spanish price is now below the Danish price.