Almost all other countries increased their output, most notably Denmark, Italy, Poland and the Netherlands. 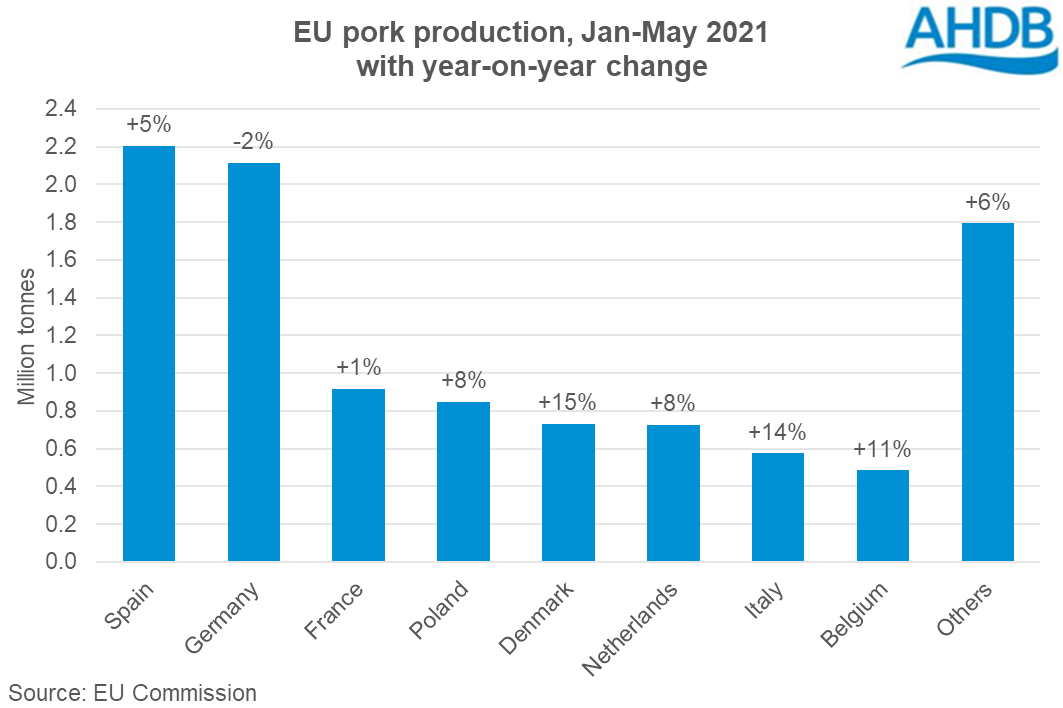 Despite recording the second highest production level of all the EU countries, Germany’s output fell by 1% to 398,000 tonnes.  German exports to most countries outside the EU, including China, are also still affected by ASF-related bans.

For the first five months of the year, EU pork production totalled 9.9 million tonnes, which was 5% more than the same period a year ago.

Clean pig slaughter was 4% higher year-on-year at 103.87 million head, indicating that carcase weights have been heavier.

Lower production in the early part of 2020, affected by COVID-19 disruption, contributed to the year-on-year increases seen in 2021.

Hannah Clarke, livestock analyst at AHDB, commented: “Higher EU production has been weighing on prices recently, as has lower EU demand and reported weakening demand from China. Industry analysts Rabobank expect that production growth will be limited in the third quarter of 2021 by weakening exports and high feed costs, but production is forecast to remain higher year-on-year overall.”