AHDB’s strategy director Angela Christison said: “The uplift in sales is hugely encouraging during both phases of the campaign; however, the long game is to switch more consumers over to selecting pork more often.  This is a particular aim with younger consumers in order to create habits, which will sustain the industry in the future.

“This campaign has attracted new consumers to choose pork by showcasing the ease of cooking this incredibly versatile protein.  This is precisely what it set out to achieve and inspiring consumers in this way is building a new image for this delicious meat.”

AHDB said work is currently underway to develop the next phase of the campaign, which will see a new TV advert hitting screens in autumn 2019 and early in 2020. 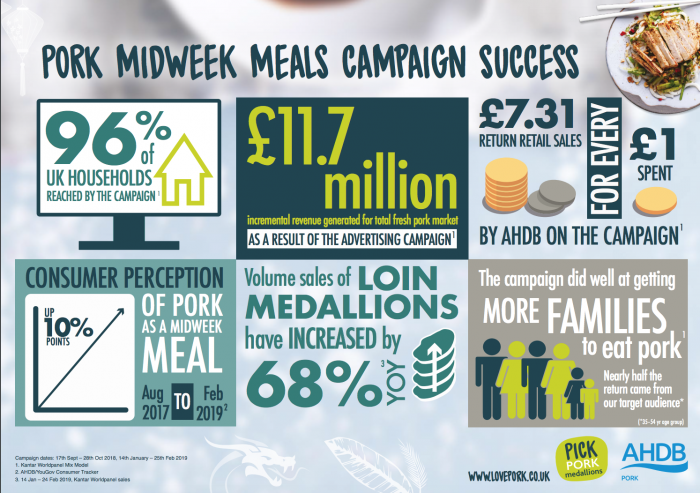