The company’s pig research focus, part of its broader all-species activities, is based on the knowledge that bush pigs, originating from Eastern and Southern Africa, carry a trait that prevents them from contracting ASF. While the sequence of genes responsible for such resistance to the disease isn’t found in modern pig breeds, it is hoped that the new research and development focus will enable the missing genetic alleles to be re-introduced into current commercial populations. 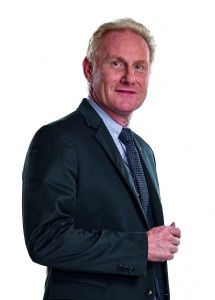 Roslin Technologies’ CEO Glen Illing was previously Asia Pacific & Africa regional director for the global pig genetics company, Topigs Norsvin. For more than 25 years prior to that he was with PIC, gaining extensive experience in Asia, South America, the US and Europe.

“Our aim, across all species, is to bring what has already been discovered by scientists to the marketplace as rapidly as possible,” Roslin Technologies’ CEO Glen Illing told Pig World. Roslin and the Royal Dick operate on a £200m research and development complex, consisting of 500 PhDs and research scientists producing a vast amount of know-how, he added.
“The pig disease resistance work fits perfectly with our research-to-market ambitions, being one of three core starting projects which we hope will prove the value of our proposition.”

Future funding changes
Roslin Technologies, launched in March 2016, is funded by a combination of public and private money, drawing shareholder support from the University of Edinburgh and financial backing from the Biotechnology and Biological Sciences Research Council (BBSRC), alongside commercial investments from JB Equity, an agriculture-focused private equity and advisory firm, and Milltrust International, an institutional investor dedicated to funding university research.
The net result is a start-up financial base of £10m, which is currently being committed to three launch projects with the view that income gained from future success will be ploughed back into research and commercialisation ventures.
“Over the next decade or so, I believe government funding will become more focused on pure research requirements, leaving private investors to meet the needs of the applied end of the process,” said Mr Illing.
“In this context, part of our philosophy in setting up the new company at Roslin is to take some of the very good research findings that are currently sitting on library shelves and converting them into commercial products. We need people who look at new research findings to ask: “Can I make money out of this?” There’s nothing wrong with that attitude if it results in on-farm improvements.”
Currently operating as a three-person business, Roslin Technologies is set to expand staff numbers to 16 by the end of the year, with further additions in 2018.

Central to the project’s ambitions is the planned building of a pig genetic research facility within the Roslin complex. The unit will be built to the highest standards of animal welfare and biosecurity, with the buildings themselves being sealed within virus-free environments, achieved by positive ventilation and virus filters to ensure a Specific Pathogen Free (SPF) environment.

The building will be used for the production of elite pigs targeting disease resistance as well as other economic traits. Vast amounts of phenotypic data will be collected to ensure that the elite animals not only exhibit the targeted traits, but that all other economic traits have either been unaffected or enhanced.

“There will be room for about 500 breeding sows within the facility, producing 12,500 to 15,000 piglets a year, with whole genome sequencing being applied to every generation,” said Mr Illing. “There are not many places in the world where you can do that at present.”

Roslin Technologies’ objective is to initially build the new facility and own the stock within the project to expedite the production of the elite animals, although there will also be an option for breeding companies to become involved in the development, in due course.

“We will be collecting a huge amount of data on the animals involved in the project, both in relation to the disease resistance project and for many other areas of stock health, behaviour, welfare and performance,” said Mr Illing.
Pigs are already being developed at a university site in Edinburgh, with a view to moving to the new facility when it is complete, possibly in 2018.

Survival challenge
The biggest challenge for all livestock producers is to prevent farmed animals from dying before achieving their reproductive potential or reaching marketable size, Mr Illing said, laying out future research priorities.
“If we can become more successful at improving survival rates,” he said, “then not only will economic farm performances increase but we will be able to feed the world’s growing population without needing to substantially increase breeding stock numbers or expand the land and water resources we already use for global food production.”

Stem cells and therapeutic solutions
A second project from Roslin Technologies is targeting a commercial outcome and also has significant potential livestock breeding value. Based on the establishment of a so-called ‘frozen aviary’ this project involves freezing primordial stem cells so that they can be revived for reuse at a later point in a breeding programme.

The potential commercial value is that anyone wishing to make breeding changes to an individual species can be free to explore new avenues, safe in the knowledge that they could return to the original genotype if a planned development doesn’t deliver as expected.

There is also the possibility of freezing the genotype of a rare breed so it can be kept for decades, avoiding the loss of that breed and keeping its original qualities available for future use. 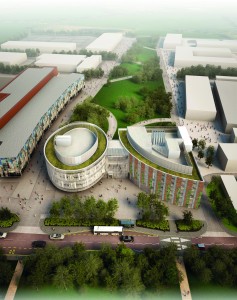 A third project will focus on using animals to produce non-food products to deliver therapeutic solutions for both animals and humans. The aim is for these products to be used to treat medical conditions or to help produce valuable nutrients more economically than would be possible with chemical or other production systems.

While some of the new breeding technologies which are being worked on across all species are already approved within current legislation, others will need further clearance in order to be taken through to full commercialisation.
Mr Illing added: “Our role is to take the best solutions as they emerge, validate them as necessary and enable them to be developed into something commercial.”