Mr Baird stresses that tail biting can lead to significant financial losses. Once a tail is bitten, the open wound will bleed and infection can set in. A bitten tail allows environmental bacteria to enter the animal, with more entering every time it is bitten. The bacteria can then spread up the spine causing spinal abscesses resulting in pigs going off their legs. And if abscesses are found at multiple sites in the carcase, it will be determined unfit for consumption. 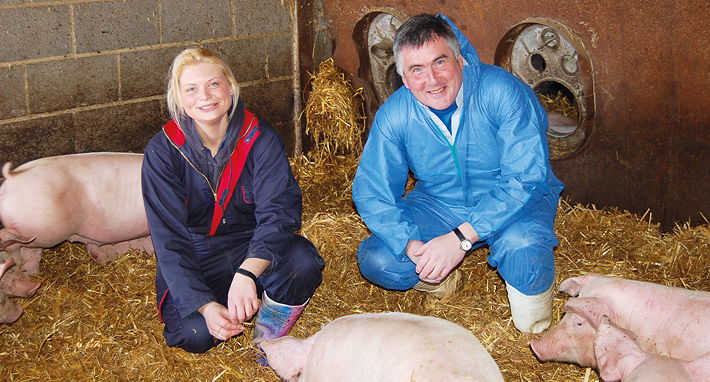 Carcase condemnation is one of the factors making tail biting a major animal welfare and economic problem for the pig industry, reducing liveweight gain and increasing veterinary and treatment costs. The initial drug cost to treat a case of tail biting is about £5.

At average incidence levels in any herd, 3% to 5% of pigs may be affected by tail biting, with about 1% requiring euthanasia and a further 1% of carcases being condemned. At these levels, the annual cost to a 300-sow breeder/feeder farm is about £10,000 in lost pigs, with an average of 140 pigs lost or condemned. In addition, there’s the cost of treatment, care, isolation and reduced growth. In batch systems, losses as high as 30% have been recorded.

Various methods have been used to try and prevent the onset of tail biting behaviour, and farm trials using a new block from Caltech Crystalyx have shown to be effective in reducing the incidence. The company is a leader in the manufacture of high-sugar, dehydrated molasses-based blocks, and has a significant track record in the ruminant sector.

“Piglyx is a mineralised block, best considered to be an 5kg treacle toffee supplied with a purpose-designed, floor-mounted holder,” David Woodcock from Caltech Crystalyx says. “When placed in the holder on the floor of the pen, the exposed surface of the block becomes sticky allowing regular intakes by the pigs while preventing over-consumption.

“The block relies on the principle of environmental enrichment. The most effective environmental enrichment is something that’s ingestible, chewable and destructible.
“It helps satisfy the pigs’ natural curiosity and rooting instincts. By giving them something to lick and play with, it distracts and occupies them, and helps reduce the inclination to tail bite. In pens where there’s a known problem, blocks can be put in to help reduce incidence.” 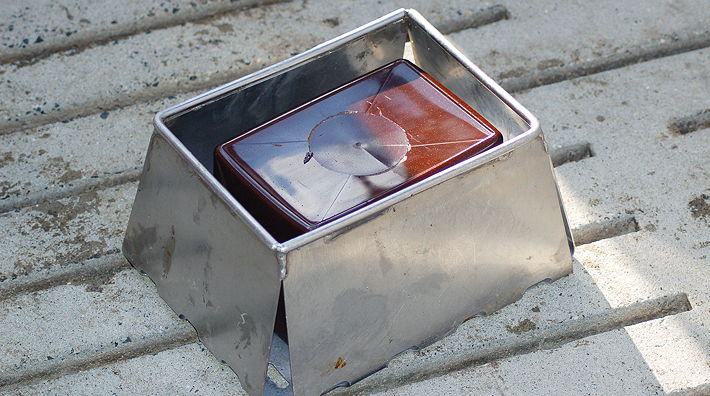 Block trials
One business that has trialled the block is Devon-based producer Robin Bright and his daughter Rachael, who run a 500-sow unit, finishing all progeny. Sows are Landrace x Large White and all gilts are home-reared. They operate a three-week batch farrowing system with 70 sows per batch. They’re averaging 2.34 litters per sow with 27.85 pigs weaned per sow.

Sows are managed on contract at a farm a short distance from the growing-and-finishing unit. All pigs are reared on a wet feed system, and about 750-800 pigs will move across every three weeks at an average of 8kg to a weaner unit half a mile from the main unit, before moving to the growing and finishing unit at approaching nine weeks old and 31 to 32kg.

They’re moved into pens of 13 to 200 depending on the buildings available, and stay in the same pen until slaughter. The diet is based on co-products and meal balancer.

“Tail biting can be a problem and can knock a hole in our income if carcases are condemned,” Rachael Bright says. “It also increases treatment costs and complicates management as it takes more time to treat affected animals, including the added costs of moving pigs to casualty pens. Staff demotivation can also be an issue.

Ms Bright comments that the consequential loss of a condemnation is about £130 to their business, so the cost of blocks is not an issue.

“When we compared pens with and without blocks, the results were encouraging,” she adds. In the pen without the blocks there were 11 tail-bitten animals and nine condemnations, while where blocks were used we had 10 tail-bitten pigs but only one condemnation.
“Severity of biting was lower and the only difference was the blocks. There was an 80% reduction in condemnations that in one pen was worth more than £1,000.

“The blocks may not remove the problem, but they certainly seem to play a major part in reducing the severity.”