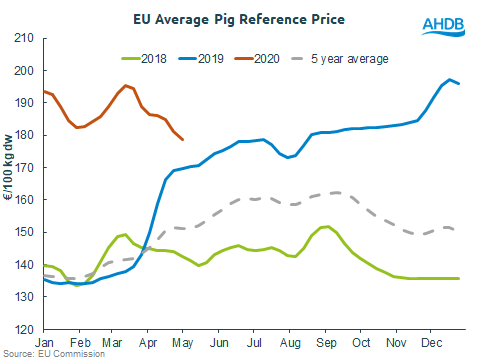 Declining pig prices were a feature of nearly all member states. In the four weeks to 26 April, average reference prices have moved as follows:

“At the same time, the UK price (which is no longer included in the EU average) has risen in euro terms, with the strengthening pound boosting a modest increase in sterling prices. As a result, while EU prices were €10 above the UK in mid-March, the UK is now at a premium, by over €9.”