As the clock ticks towards March 29, we appear to be stuck, with all paths apparently blocked.

There is, in theory, still time for some sort of compromise on the Prime Minister’s agreement – after all, it is the very nature of these things to go right to the wire. But at the time of writing, the prospects of it getting through a re-scheduled ‘meaningful’ Commons vote in mid-January appeared slim – unless she can extract significant concessions from the EU-27 on the vexed issue of the dreaded customs ‘Backstop’ and our ability to exit from it if it comes into force at the end of the planned transition period. The signals from Brussels were that the EU is not budging.

Mrs May continues to present the vote as a choice between her deal and no deal. There were reports, however, that she might be open to a wider vote on other options, which could include, for example, a Norway- type deal tying the UK closely to the EU or a freer Canada- type deal. In reality, no Brexit scenario looks set to command a parliamentary majority.

The stalemate brings the extreme Brexit options – no Brexit and no deal – to the fore. A delayed departure is surely a possibility, but not a popular one with many inside and outside Government.

The pressure continues to grow for some sort of People’s Vote on options that could include reversing the June 2016 vote. But the Prime Minister has been keen to play down such talk, even though it has been discussed in Government. Meanwhile, Jeremy Corbyn waits, in vain so far, to see if he has the support to win a no confidence motion in the Government, potentially forcing a general election.

Which leaves a no deal – or even a so-called ‘manage no deal’, intended to reduce the impact for the EU, but not necessarily the UK in any meaningful way.

Bar a few hard Brexiteers, there is little will within Parliament or the EU for this scenario’. Feelings are running so strong that some Conservative MPs are threatening to resign the whip if it becomes the Government’s preferred policy.

Meanwhile, business representatives, including the CBI and the Institute of Directors have described a no deal as a ‘complete catastrophe’, ‘a disaster’ and ‘Armageddon for business’.

It is, however, the default option if nothing else is agreed – and currently there are no signs of that. The threat is seemingly real enough for the Government to dramatically ramp up its contingency planning in mid-December, albeit a move interpreted by some as little more than an attempt to frighten MPs into backing Mrs May’s deal.

The contingencies include an extra £2 billion for Government departments to cope with, for example, delays at ports; more than 140,000 letters sent to businesses urging them to prepare; setting aside space on ferries to ensure a regular flow of medical supplies – and the readying of 3,500 military personnel, if needed. Tesco is preparing to stockpile food in case of a no deal. The EU is also getting ready.

What does it mean for farming?

NFU president Minette Batters pulled no punches when she described a no deal as ‘catastrophic for farming’, sentiments share by many within the industry. 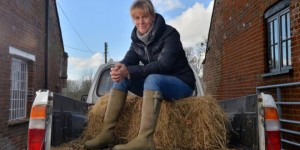 Here are some of the possible implications:

Export Delays
The UK exports around 216,000 tonnes of pork a year, with 65% of this going to the EU. There could be an effective ban of anything from a few weeks to six months on UK exports of animals and animal products to the EU while the UK is approved as a third country exporter.

Even when permission is granted, the export trade is likely to be seriously hampered by debilitating delays at ports that threaten to bring multiple sectors to a standstill. One of the biggest concerns is that shipments would have to be diverted from the popular Dover- Calais route due to a lack of border inspection facilities.

There would additional costs and red tape for exporters, including a massive increase in the number of veterinary checks required – the port authorities have acknowledged that, even with additional resources, they will be unable to cope. A probable shortage of veterinary inspectors to sign off Export Health Certificates is a major concern.

The Government has indicated the same level of checks will not be required for imported food products, however, raising concerns over import standards and unfair competition. 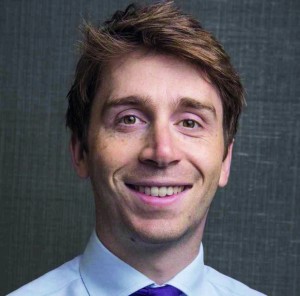 Defra said exports to third countries would not be affected beyond changes to the wording on documentation. “It will be easier to export to China than the EU,” NPA senior policy advisor Ed Barker said.

Uneven tariffs
If the UK exits the EU without a deal, exporters are likely to face large tariffs on pig meat exports later in the year, once the tariff- rate quotas have been used, including 45p/kg on carcases and 73p/kg on loins and boneless cuts.

“This would severely restrict our export volumes, particularly of cull sows to Germany and loins and legs, of which we have large surpluses in the UK. These need to be priced competitively for us to find outlets in the EU,” Mr Barker said.

The Government could impose a similar tariff regime on EU imports.

However, Ministers have indicated they would be more likely to waive import tariffs in order to keep a lid on food costs. This would apply to all countries where free trade agreements are not in place.

Mrs Batters said: “The obliteration of a UK tariff wall for food imports would be disastrous for shoppers, farmers and the environment. We will become a dumping ground for cheap raw ingredients.”

Mr Barker said it would be ‘the worst of all worlds for the British pig sector’. “The short-term income shock for UK producers would be severe, further diminishing the UK’s already low self-sufficiency in pork,” he said. “Research has shown it would result in falling prices and, ultimately, reduced production and a smaller UK pig herd. It would also seriously undermine the carcase balance the current UK-EU trade achieves.”

Sterling impact
A no deal is likely to see sterling fall again, with some pundits predicting parity with the euro. This would have a beneficial impact on our competitiveness relative to EU products.

But it would make imports more expensive, pushing up the price of inputs, notably pig feed as much of the protein is imported.

There have also been warnings that the UK could face a shortage of some inputs, including veterinary medicines and disinfectants, due to licensing issues, at least in the short-term.

Other potential issues
A sudden departure from the EU would spell the immediate end of free movement of people and could make it much harder to source EU labour.

The Government has already made it clear it plans to switch to a new policy that imposes restrictions on the ‘lower skilled’ workers the industry relies on.

A no deal would also raise serious questions about trade across the Irish border in live pigs and pork products. The UK’s vital trade in high quality pig genetics would be severely hampered if it became harder to export live animals, as is likely under a ‘no deal’.

Mr Barker concluded: “A no deal would have a far-reaching and potentially disastrous impact across the UK pig sector. We have therefore urged MPs to back Mrs May’s EU agreement, which, while far from perfect, at least offers some certainty and continuity.”

Be prepared for a No Deal
The NPA has called on producer and allied industry members to prepare for a no deal Brexit.

NPA chairman Richard Lister said a no deal would result in ‘significant disruption, both to input supply and output’ and preparations need to start now.

“We are urging producers to consider how the various impacts of a no deal would impact on their businesses,” he said.

“You could almost treat it in the same way as a possible disease outbreak or a market shock. Higher input costs are likely and you might also want

to ask those people who supply into your business and take product from it what their plans are.”

NPA Allied Industry Group chairman Hugh Crabtree has contacted AIG members asking them similar questions about how their businesses might be affected and what plans they are putting in place.

He said: “The impact of a no deal would reach right across the allied industries and we need to ensure we are as ready as we can be.”