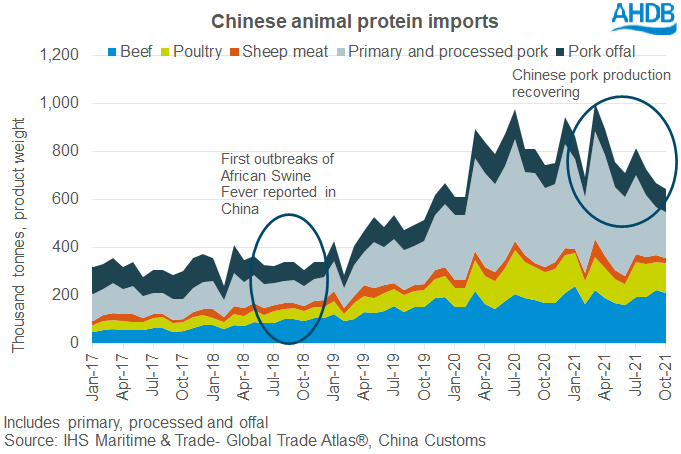 She added that the development of the protein gap will depend upon how long the current embargo on Brazilian beef is in place, and how sustained is the recovery in the Chinese pig herd.

At the start of 2019, there was a large surge in Chinese import demand for protein as the market looked to fill the gap left by the decline in pork production due to a mass outbreak of African Swine Fever, however, over the last 12 months Chinese pork production has been recovering which has reduced demand for imported pork.