September offal exports fared better, coming in at 8,600 tonnes. Although this marks lowest volume since January, this was 14% above the level last year. The increase was primarily due to larger shipments to EU member states (+31% to 3,200 tonnes), notably the Netherlands and Belgium, despite lower shipments to China, which fell 7% on September 2020 at 3,700 tonnes. 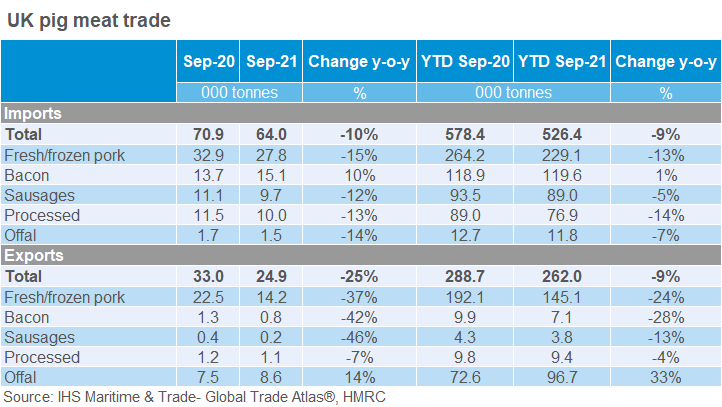 Commenting on the state of UK pig meat imports, Ms Wilkins added: “Supplies have been plentiful across the EU, but it seems the UK market has been relatively resistant to the product on offer there.

“Volumes were down from most of the UK’s major suppliers. Belgium, though generally a smaller supplier, was the exception with volumes shipped totalling 4,400 tonnes, nearly three-times the level last September. This growth came from sausages, and to a lesser extent fresh pork.”