Revealing the winner, Rob said: “This person more often than not operates outside of the lights of publicity in the often dim and dreary world that is Defra Policy.

“Grinding away through the boring detail with a focussed determination not to allow poor, uninformed policy to disadvantage the industry whilst at the same time protecting the welfare of the animals he so passionately cares about. Many of the successes he has achieved will often never even reach the glossy pages of industry media. 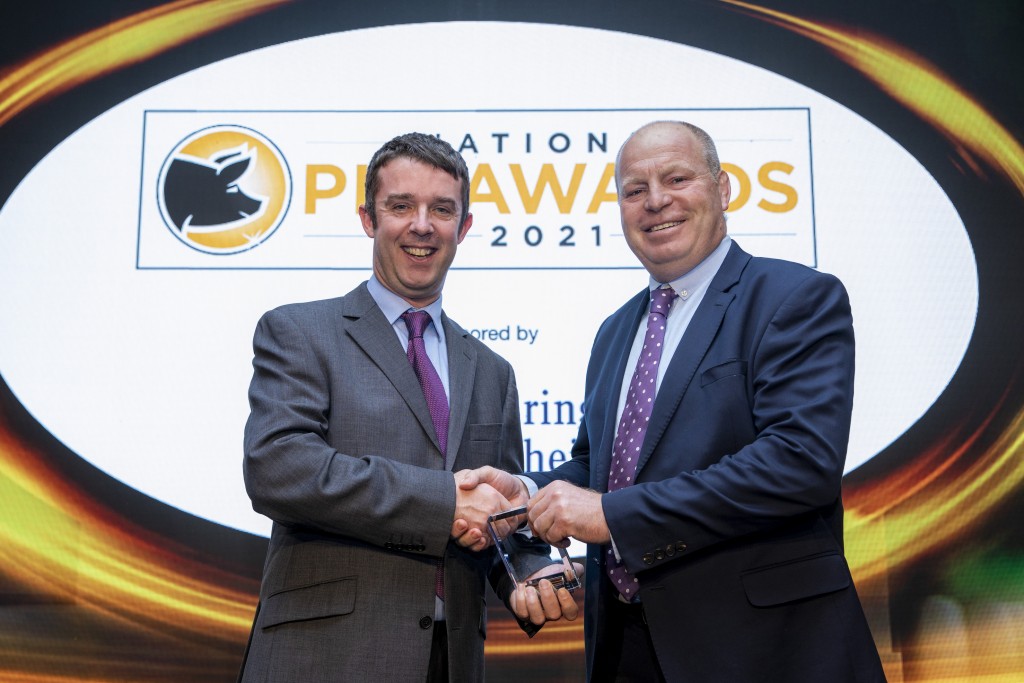 “However, notwithstanding all this behind the scenes stuff, whenever he is called upon to represent industry with the media, he does so with massive professionalism and adroit articulacy. He is the Pig Industry equivalent of Covid’s Professor Van-Tam. Explaining sometimes complex concepts in a way that anybody can understand.

“And where words alone will not suffice, he has no hesitation in dragging officials onto farm to let them see the issues for themselves. Without his direct input into the new Pig Welfare Code, industry would now be facing yet another crippling challenge – one that could have proved to be the final straw for many.

“Oh, yes and he does all of this as well as his full time day job as one of the industry’s most highly respected vets, continuing to play a key role in the PVS.”

Equally popular winners on the night were the Morgan sisters – Vicky, Kate and Rachel. They were recognised with a special Saving GB Award for their work over the past few months in galvanising industry support for the Save GB Bacon campaign, which, kickstarted with the Manchester demonstration, raised huge publicity about the industry’s plight and, alongside the work of the NPA, ultimately prompted the Government to come up with an industry support package.

They have also launched the Bite Into British social media campaign to promote the benefits of British-produced food to the general public.

Vicky and Kate received the award award from NPA chief executive Zoe Davies, again to a standing ovation. Their citation noted how they have raised the profile of the industry’s plight, forced the Government to act and have, in their own words,’ shown this industry isn’t going anywhere quietly and without a fight’.

Outstanding Contribution to the Industry Award.

Andrew Saunders, who recently left his role at Pilgrim’s ending a career in the pig industry spanning more than four decades, received an Outstanding Contribution to the Industry Award from Rob Mutimer.

Rob said: “This special award recognises the Outstanding Contribution one individual has made to the industry in his 42 year career. Known as a trailblazer and an innovator, he leaves his role this year with the best wishes of all producers whom he has done so much for.” 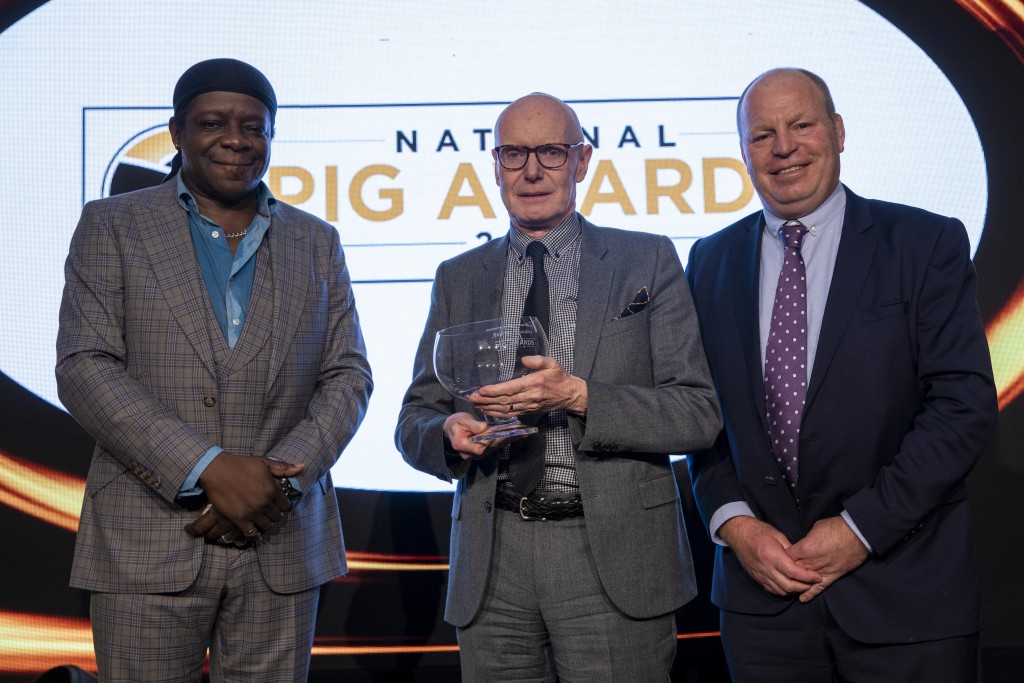