The industry is calling for the Government to act by issuing temporary visas to butchers to help reduce the backlog and ease the pressure on the short-term. 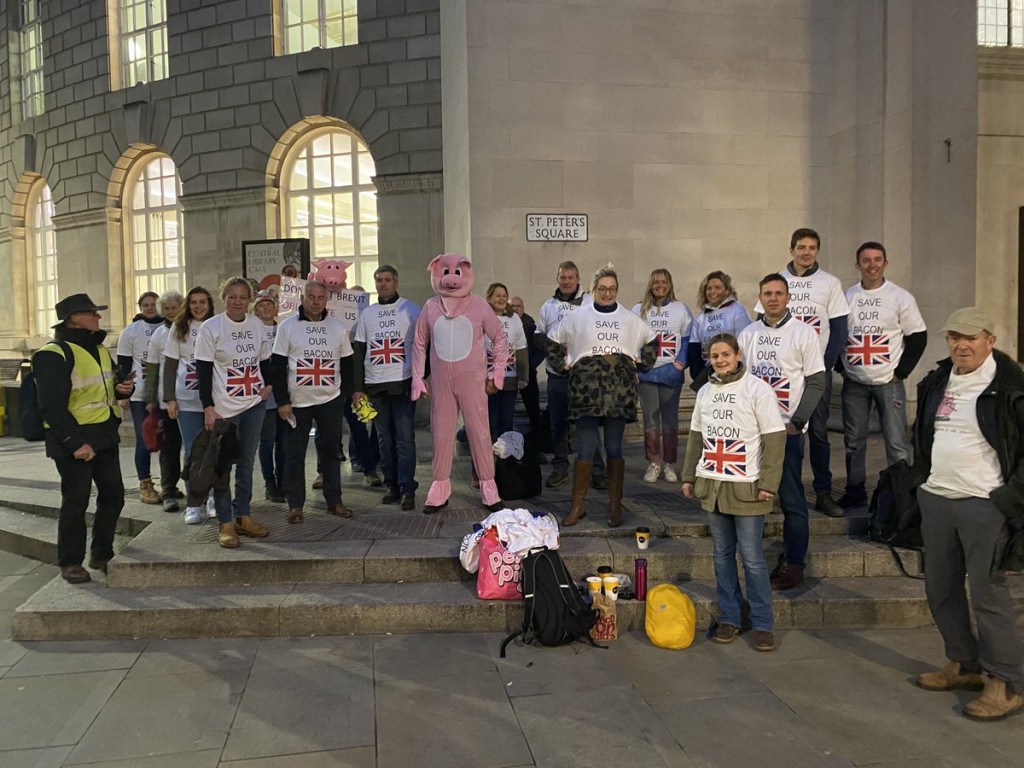 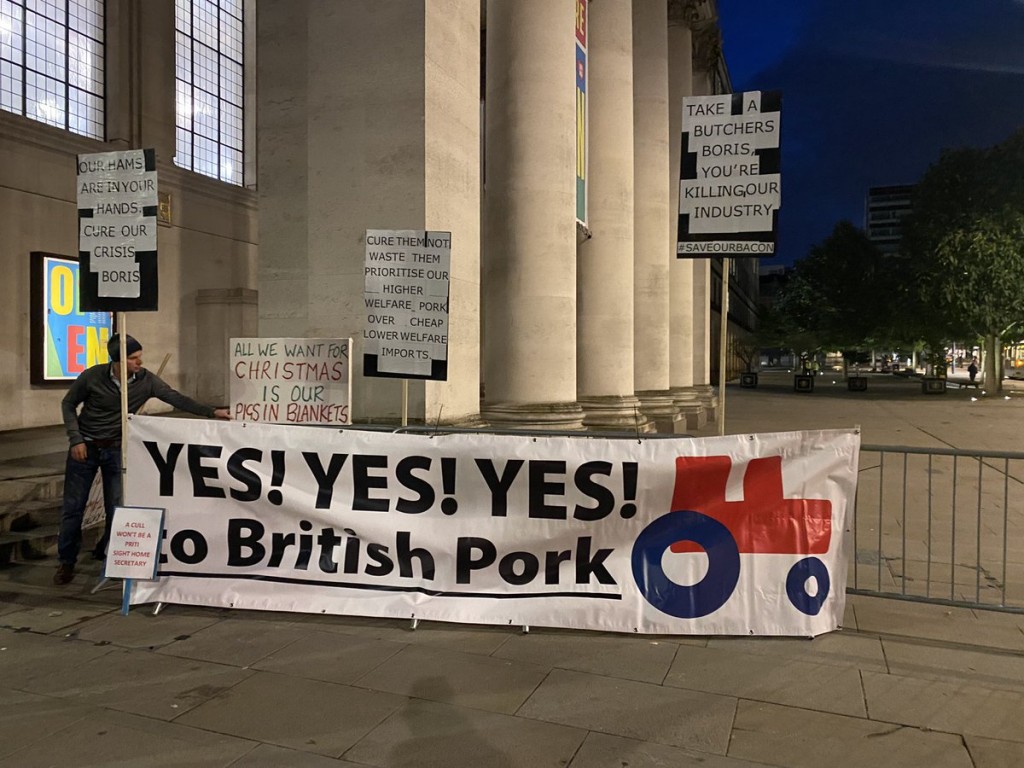 The protest comes the day after Prime Minister Boris Johnson made light of the industry’s plight arguing that any pigs killed on farm would have been slaughtered anyway and that the ‘great hecatomb of pigs you describe on farm has not taken place’.

He suggested the labour shortages were the industry’s fault for not offering wages and conditions that made the jobs attractive to British workers.

The protest, attended by around 100 people from across the industry generated a huge amount of publicity, with numerous news outlets lining up to speak to organisers Vicky and Morgan, pig vet Duncan Berkshire and others. 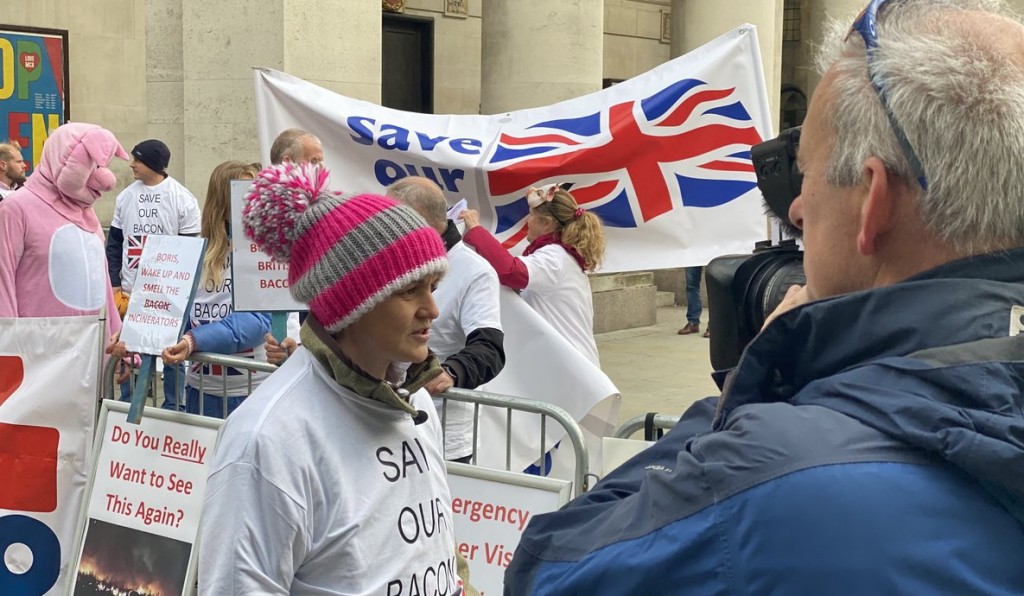 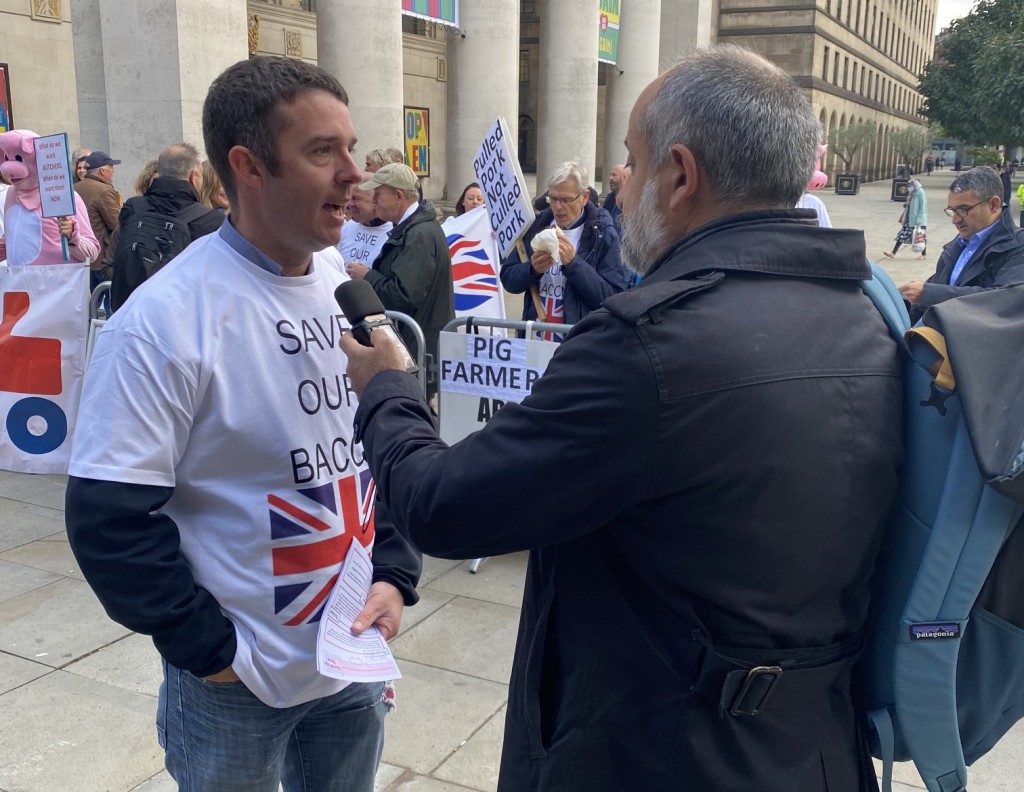 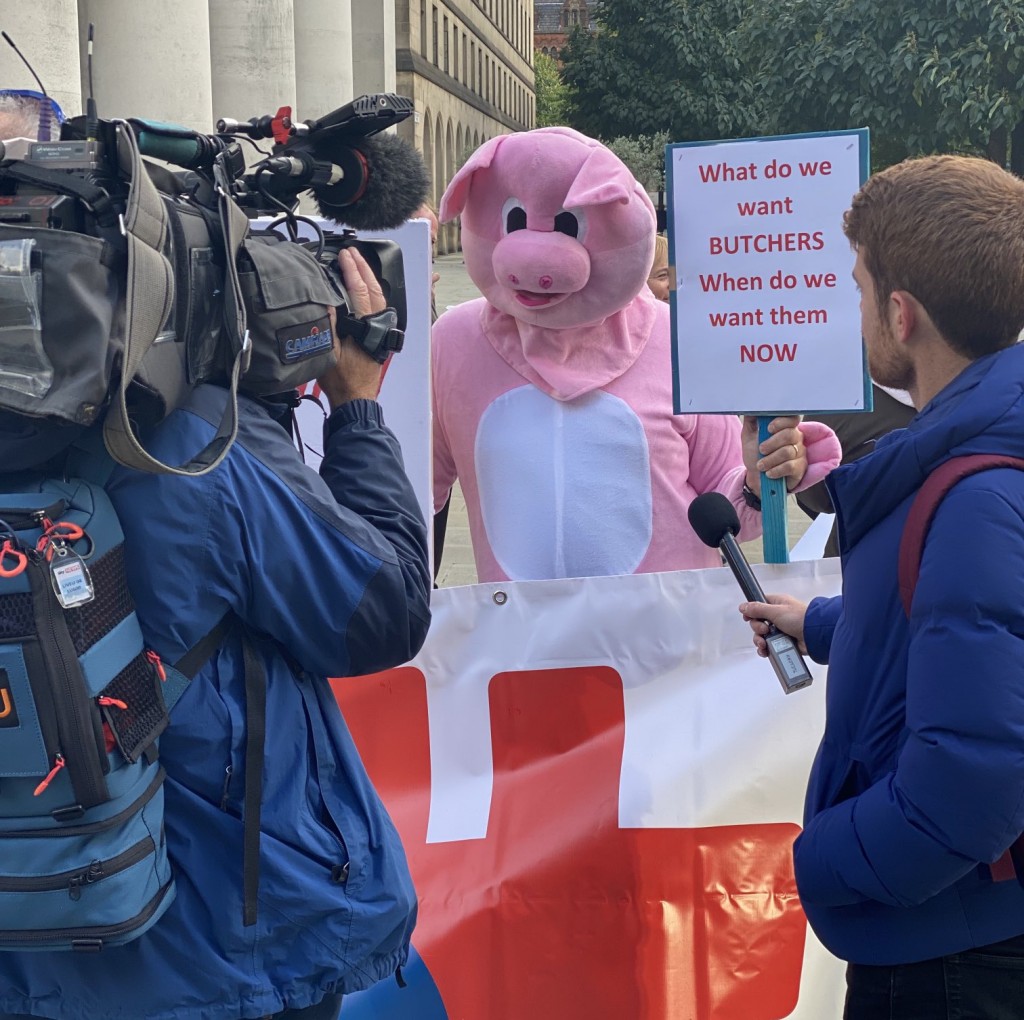 And there was no shortage of banners 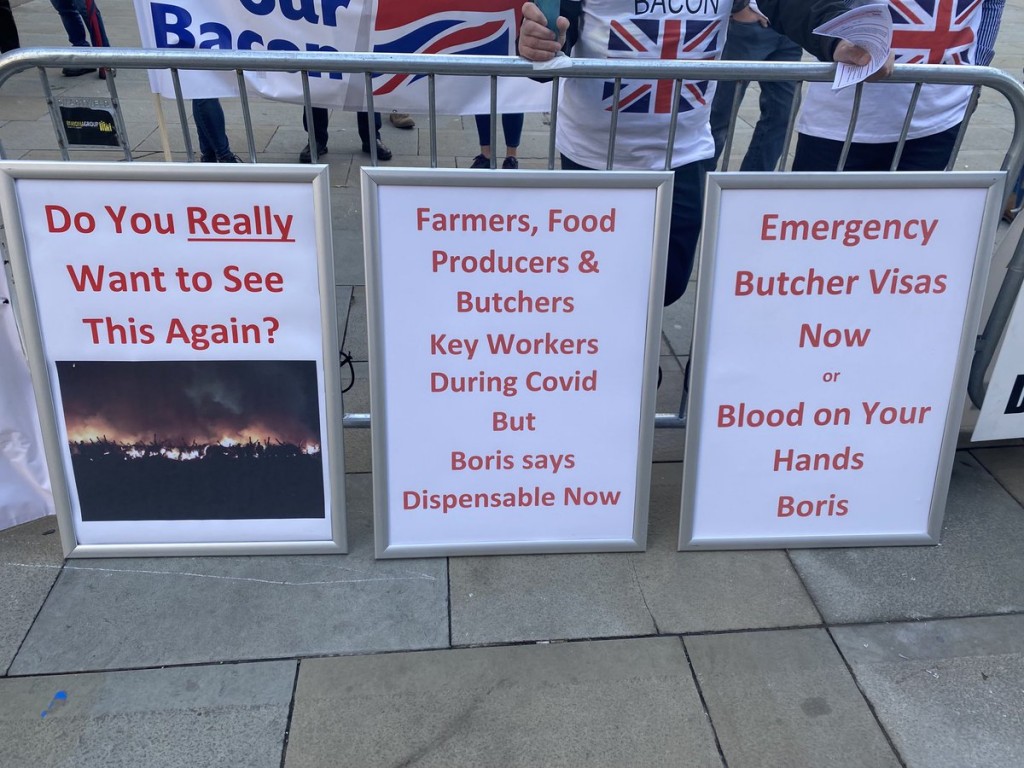 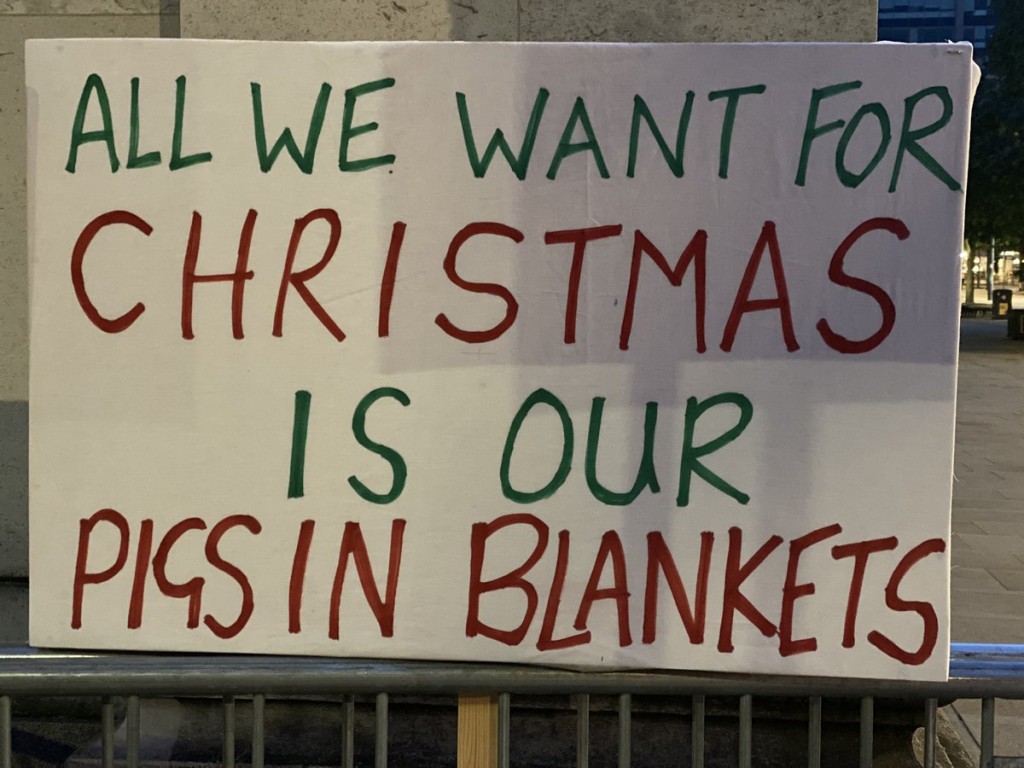 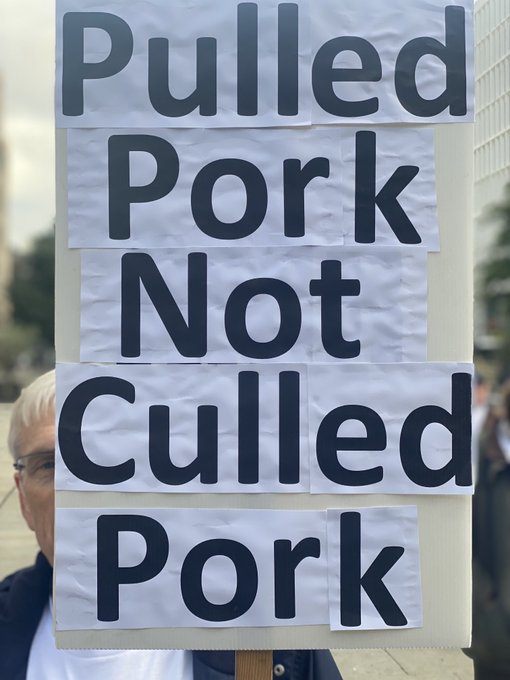 to get the industry’s message across: