The big change was in the APP, which averaged 163p/kg over the quarter, 9p up on Q2 and among the highest figures on record. 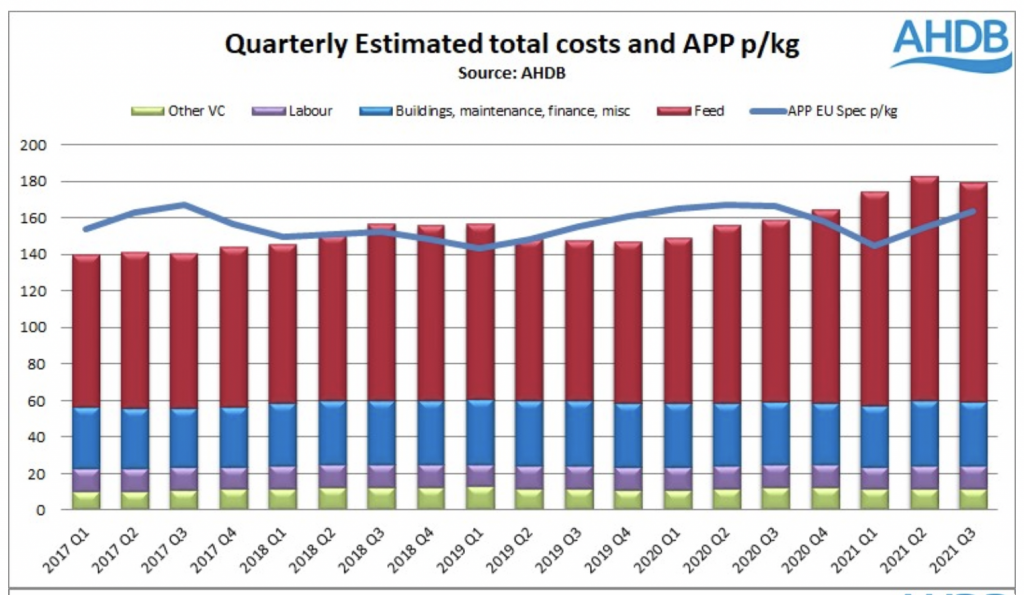 However, the picture has, unfortunately worsened since then, as the APP, which differs from the SPP as it also includes premium pigs, such as outdoor bred, has fallen steadily during the current quarter, on the back of the issues in pork plants and falling EU prices. By the end of October, the APP had dipped below the 150/kg mark, with every sign that the downward trend will continue.

With high cereal prices being driven by a tight global market and underpinned by investors, there is little sign of any significant easing of feed costs, with some reports suggesting they are rising.

The UK pig sector has already suffered its worst financial performance on record during the first half of this year and the second half is unlikely to be much better, even as producers also battle with the logistical, animal welfare, financial and emotional challenges of dealing with the backlog.

The AHDB estimates for net margins use spot feed prices and the levy body points out that producers will have varying buying strategies to mitigate the volatility in feed markets, meaning the level of exposure to rising feed costs may be less in some cases than the estimates indicate. Non-cash costs, such as depreciation and family labour, are also included in the cost of production calculation, which do not affect the short-term cash flow of business.