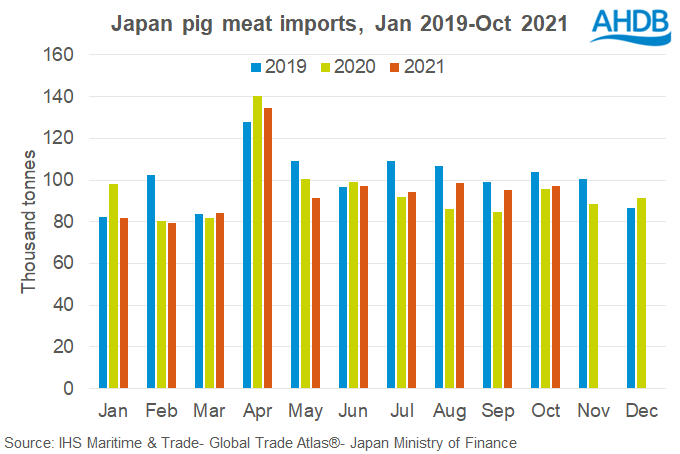 Ms Wilkins noted, however, that in the third quarter, more frozen product was also imported, particularly from Europe: “This may well be product that would otherwise have been sent to China,” she said.

Processed ham imports saw little change, with volumes in the first nine months of the year were only down by 1% and totalling 60,000 tonnes. The US remained the main supplier. Sausage imports have seen more of a decline, falling by 14% to 22,000 tonnes. 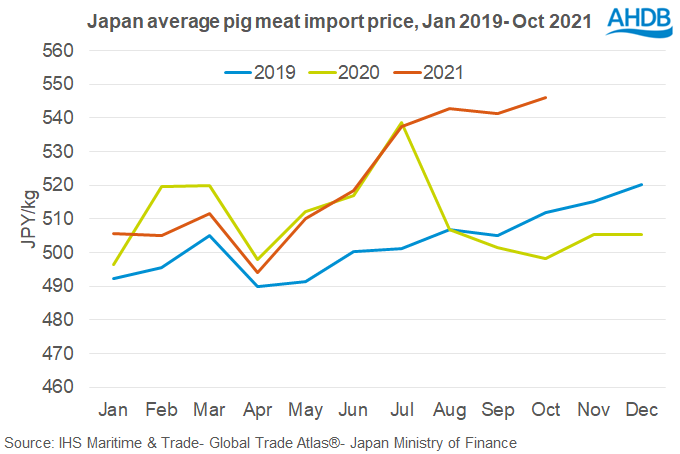 Looking forward, Ms Wilkins commented that the path of recovery from the COVID-19 pandemic will be key to developments in Japanese import requirements, with foodservice an important outlet for imported frozen pork: “Cases have been low since the autumn, which ought to be positive for import demand if this can be maintained.

“Global pork supply availability, and competition from other markets, will also be important. Currently, Chinese import demand continues to be reduced, and US farmgate pig prices have dropped back in the second half of the year, both of which may be supportive of import levels.”