Given that heavy pigs attract price deductions, with a knock-on effect for the influential SPP, the NPA, following a request from members, asked AHDB to remove the category from the price index’s calculations last year when pigs started to back up on farms. 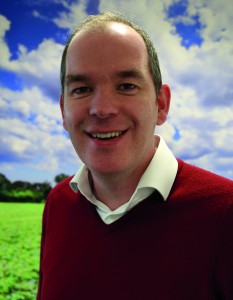 But Mr Wyatt told Tuesday’s NPA town hall meeting that it would be wrong to unilaterally change the SPP calculation at the request of one sides, given that there are both buyers and sellers to the SPP contract price.

But he also told the meeting that he has been crunching the numbers and found that the impact of the heavy weights on the SPP is not necessarily as much as might have been expected.

Highlighting its importance, he estimates that contracts worth £0.5bn have some reference to the SPP, but stressed it is intended simply to reflect the price of pigs, not determine their price. Over its lifetime, weekly movements upwards in the SPP (+0.62p) have on average been the same as weekly movements downwards (-0.61p), showing it does not move down quicker than it moves up, he added.

Using this data, it can be shown that the average price for just the pig carcases under 105kg in the 12 months to the beginning of October 2020 was 0.67p/kg higher than the SPP.

Since the beginning of October 2020, the figure was, on average, 1.44p higher. So, since October, on average heavy pigs seem to have ‘discounted’ the SPP by 0.77p more than ‘usual’.

There have been individual weeks recently when the difference has been greater than 2p, although this is not unusual in the post-Christmas period, Mr Wyatt said.

“While this is certainly not nothing, the role heavy pigs is perhaps smaller than might initially have been expected,” he said.

Since the start of October, the SPP and the average price for just the pig carcases under 105kg have fallen, by 16.55p and 15.5p respectively.

“Considering that the SPP has fallen by more than 16p since the start of October, market factors have clearly had a more significant influence in depressing GB pig prices overall,” Mr Wyatt added. “There is a lot going on in terms of carcase balance. We have got ASF in Germany, which has resulted in more pork on the EU market and we have got COVID.”

He explained that there are reasons why the effect of heavy pigs on the SPP might be limited.

“Some contracts, particularly those underpinning export trade to China, reportedly have upper weight limits above 105kg at the moment,” he said.

“Secondly, in a large number of cases, when pigs are rolled due to problems encountered by processors, a weight allowance is applied. This effectively moves the top weight band in the contract, so heavy pigs are not penalised until they become even heavier.”

AHDB publishes throughputs in the weight bands that go into the SPP, and their prices. At the request of NPA, this includes a price specifically for pigs in the 70-104.99kg weight band.

“This is intended to reflect those standard pigs that meet more typical ‘commercial’ contract specifications on weight. Its purpose, like the SPP, is to reflect the price of pigs sold in any particular week, not set them,” Mr Wyatt added.

The latest update from AHDB shows the EU-spec SPP fell by a further 1.18p in the week ending January 30, to average 140.51p/kg. It is now more than 22p below where it was at the same point last year.

Estimated throughput for the week totalled 170,100 head, down 7% on the week before and down 5% from the same week last year. This is the first time this year estimates have been below 2020 levels, with reports indicating kill has been curtailed by COVID-19 related challenges, including at Scotland’s major Brechin plant.

Carcase weights were 620g lighter than the previous week averaged 89.54kg, but 3.97kg heavier than the same point a year ago.