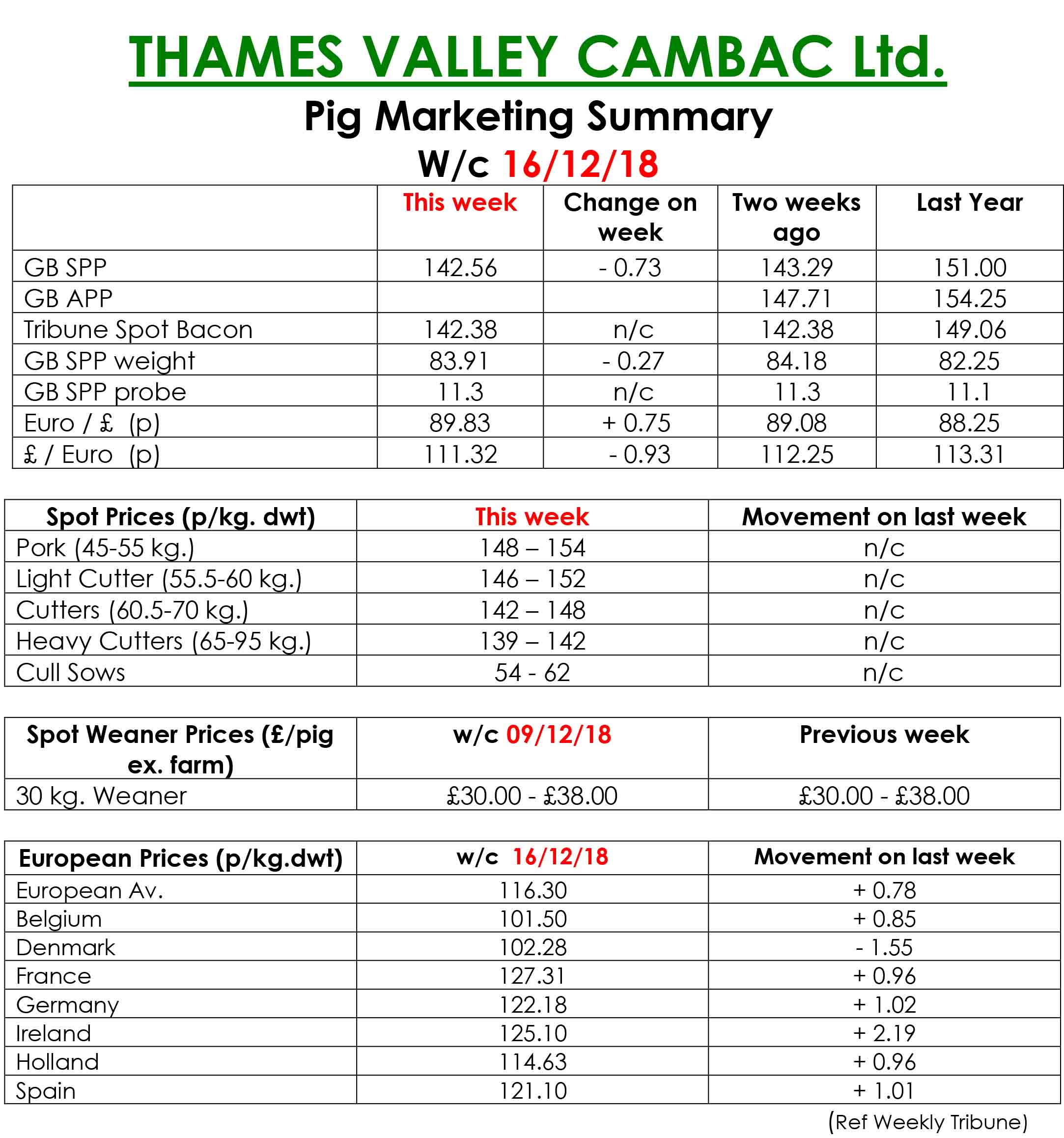 The cull sow market stood on pricewise, but it was for limited volumes, due to quieter continental trade. In Europe, Denmark’s price improvement was short lived with quotes back 3 eurocents. Otherwise, it was pretty stable, but all quotes in sterling were enhanced by a stronger Euro that ended the week on a three-month high, up 0.75p at 89.83p.

The Weaner Marketing Summary, for week commencing December 9, reported that the difficulties seen over the last couple of months eased slightly, due to an odd fattener or two having space availability. It was not enough to see a great turnaround in fortunes but was a welcome change. However, prices remained in the doldrums. The prices announced by the AHDB saw the weighted average a 30kgs pig quoted at £43.24 and the weighted average for a 7kg fall by £2.53 to £33.97.