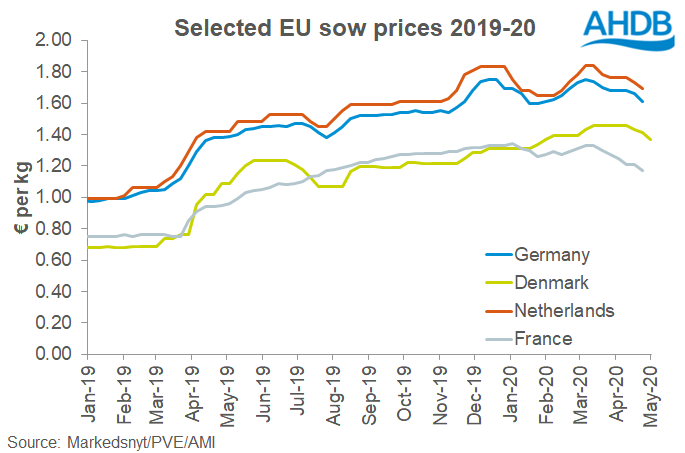 “Moving cold storage volumes continues to be challenged by both the lack of European foodservice demand and difficulties with container availability constraining exports. As a net pork exporter, Germany is particularly sensitive to limitations on its export market. Although, the upcoming grilling season might provide some support to German consumption, especially if Germans are unable to take their usual foreign holidays. Nonetheless, there is still no real clarity around when the current challenges may ease, and so the British sow market faces a period of uncertainty.