Weaner prices have also increased, as is expected at this time of year, by 21% since the New Year.

There was some disparity across major producing countries, where the  Spanish price has increased in the latest two weeks (+€5), reflecting strong trade with China, but the likes of Denmark is yet to see any price growth. 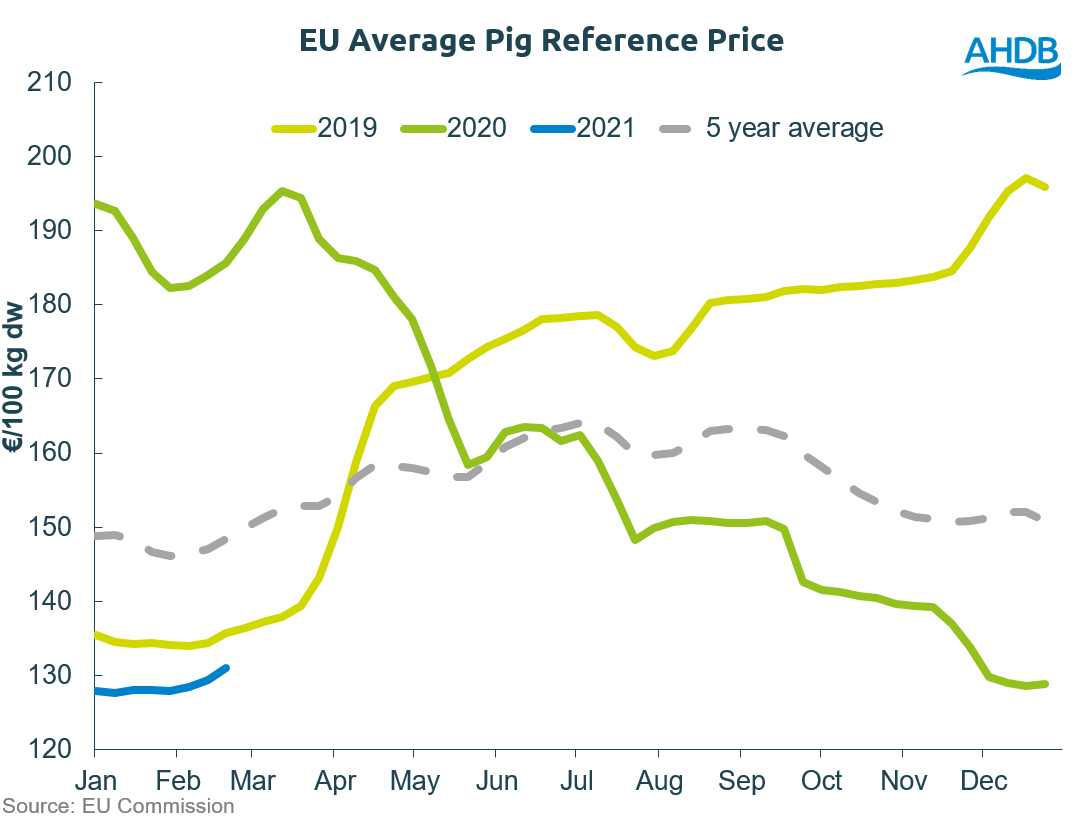 Ms Wilkins added that, in sterling terms, the strengthening of the pound against the euro has dampened the rise in EU pig prices. She said: “The latest price is equivalent to 114p/kg, which is still over a penny lower than at the start of the year. Nonetheless, the gap between EU and UK prices has still narrowed to 26p, the lowest it has been since last September. Ultimately, this may ease pressure on the domestic market felt by imported pork.

“However, while this could help our domestic market stabilise, this will be a challenge as long as we still have backlog of pigs on farm in Britain. If the pound continues to strengthen, this could also act to increase the price-competitiveness of imported product.”