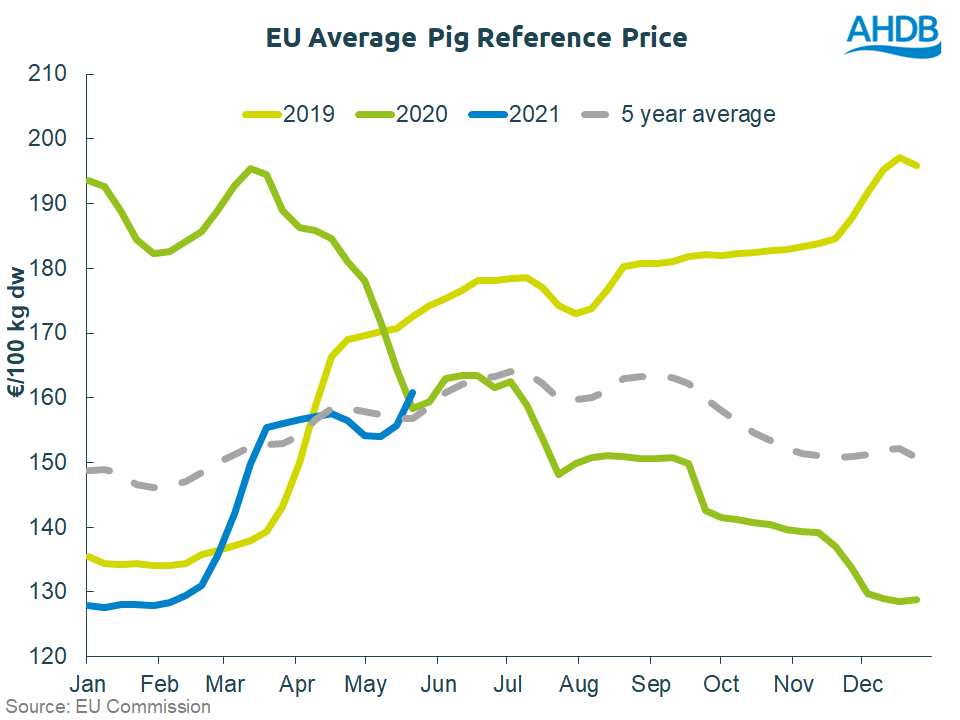 Ms Wilkins added that while both the EU and UK prices have improved over the past month overall, the UK price has done so at a greater rate, which has resulted in the UK price premium rising from 10p to 14p over the past four weeks.

“It will be interesting to see how EU prices develop in the coming weeks,” Wilkins commented. “If UK prices continue to rise ahead of their EU counterparts, this might start to support demand for imported pork, which is expected anyway with the further reopening of the eating-out sector. Ultimately, this might limit price growth on the UK market.”