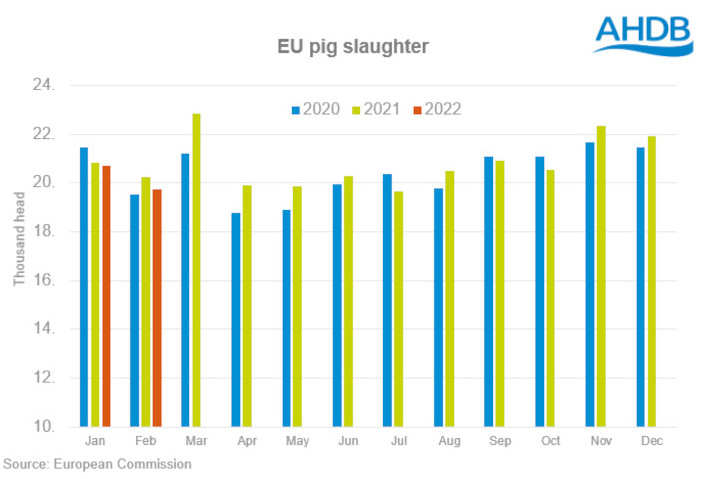 Regardless of Spain’s increase, the EU is forecasting an overall 3% fall in European pig meat production in 2022, due to the sector’s current lack of profitability.

Duncan Wyatt, AHDB’s red meat lead analyst, said that many European pig producers are facing higher costs for their inputs, and are in a situation very similar to that of UK producers. As such, European producers have also been asking their local retailers to put money into their pig prices.