Shipments to other Far Eastern markets were higher than July 2020, particularly volumes to Japan (+39%) and the Philippines (+103%).

The EU has also been shipping a few thousand tonnes of pork to Chile each month since December 2020, a market that was previously of negligible importance. 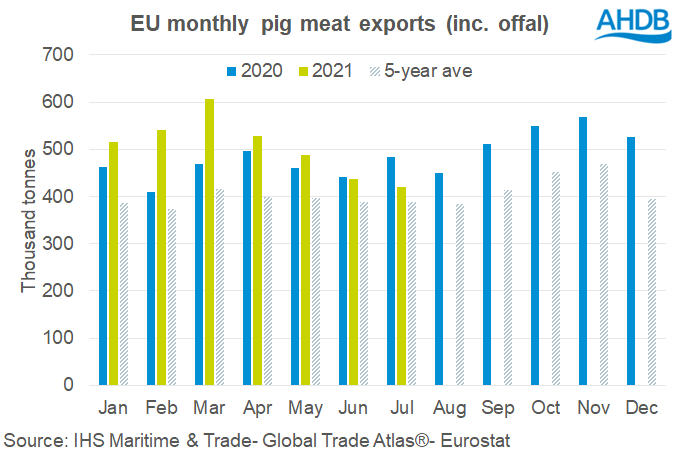 The EU also exports a range of bacon, hams, and sausages, primarily to the UK. “Shipments of these products to the UK bucked the overall trend and were 9% higher than last year, totalling just under 40,000 tonnes,” said Ms Wilkins.

“Despite this, overall shipments of pig meat products to the UK were similar to a year earlier, due to a 9% decline in shipments of fresh/frozen pork.”