Exports to the fourth-largest market, Vietnam, also fell by nearly 40% year-on-year. Meanwhile, the Ivory Coast continued to emerge as a key market, accounting for over 4% of shipments in August.

Since August, there has been more disruption to EU pork exports to China, particularly due to the ban on German shipments now ASF has also been found within their wild boar herd.

In addition, Ms Wilkins reports that Chinese pork wholesale prices have also been falling, with increasing evidence to suggest China’s pig herd is now starting to rebuild: “All this might mean export prospects start to fall off in the coming months, despite the ongoing strength still visible in August,” she said.

Total EU fresh/frozen pork exports in the first eight months of this year reached 2.35 million tonnes, up 28% from the same period in 2019. The value of these supplies increased even further to €6.4bn. 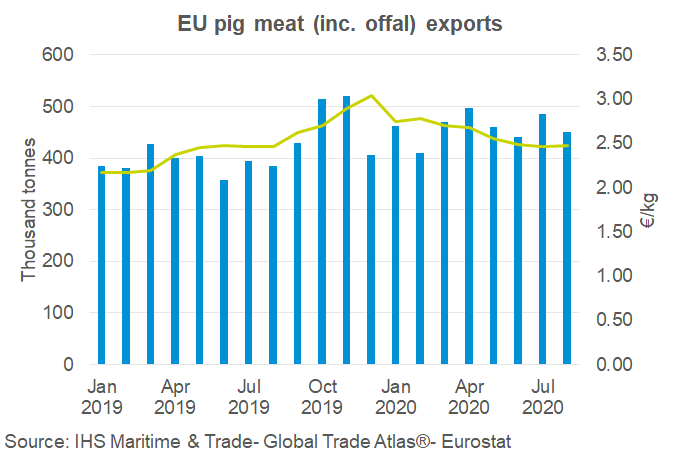