“Clean pig carcase weights averaged 88.3kg, an increase of 1.2kg on the previous month and 2.7kg on the October 2019, “Mr Reeve commented. “This is the first time on record that that monthly average clean pig weights have broken the 88kg barrier. An increase in the upper weight limits in many contracts is one of the factors behind this overall increase in the carcase weights of pigs coming forward.” 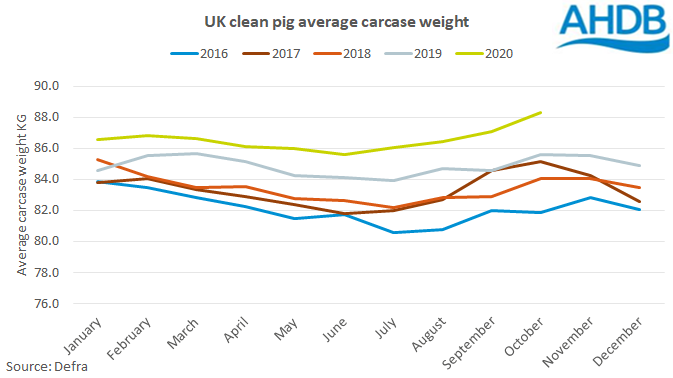 He added that overall pig meat production during October reached 89,900 tonnes, an increase of 7,400 tonnes on September’s volumes, and that production is also marginally up on the same month last year by 1,000 tonnes.