Germany’s production figures, however, remained below 2021 levels, but by a lesser deficit than earlier in the year.

The year-to-date EU pig meat production numbers reached 9.5 million tonnes by May, which is 3.8% below the same period last year but is in line with the latest EU short term outlook – which predicted a 4% drop in production within the calendar year.

Ms Clayton concluded: “High input costs remain an issue, and, while prices are at relatively high levels, they have levelled off in recent weeks. Farm margins are therefore expected to remain under pressure, while environmental concerns, reduced exports to China and ASF will also weigh on markets.” 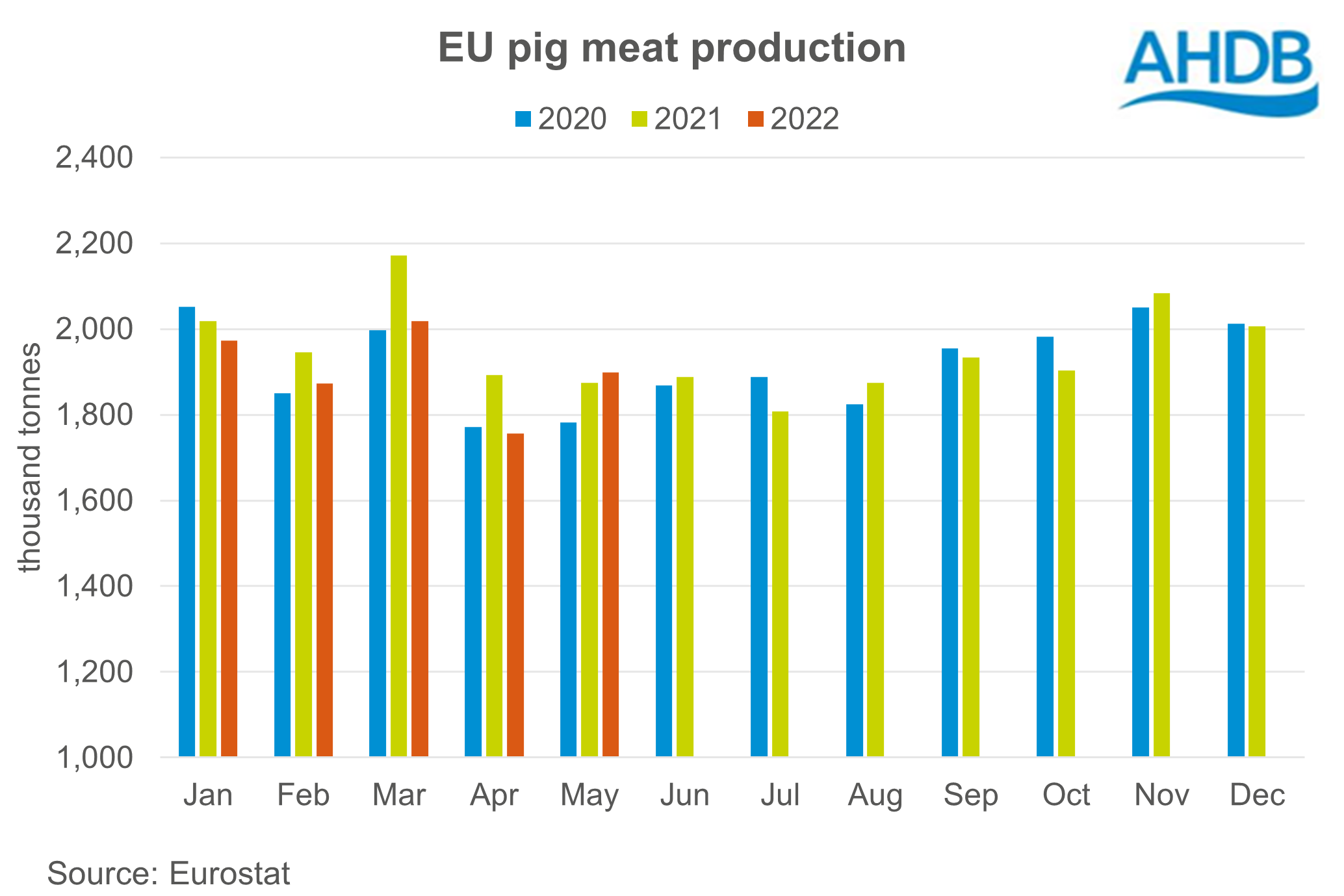