“To put this change into perspective: the decline of nearly 100 million head in China’s growing pig herd and 10 million in its breeding herd is equivalent to the US, Canadian and Mexican pork sectors all disappearing from global supply in a span of less than two years,” said Rabobank animal protein analyst, William Sawyer, one of the new report’s authors.

Forecasting that this will create a 600,000 tonne increase in imports in the second half of 2015, Mr Sawyer said that this would produce “very attractive” export opportunities at a time when the global pigmeat sector was “under pressure”.

“Capitalising on the opportunity will require processors and traders who have the right product at a competitive price,” he said, adding that success would come to those who can deliver in the coming months and who can readily mobilise their supply chain. 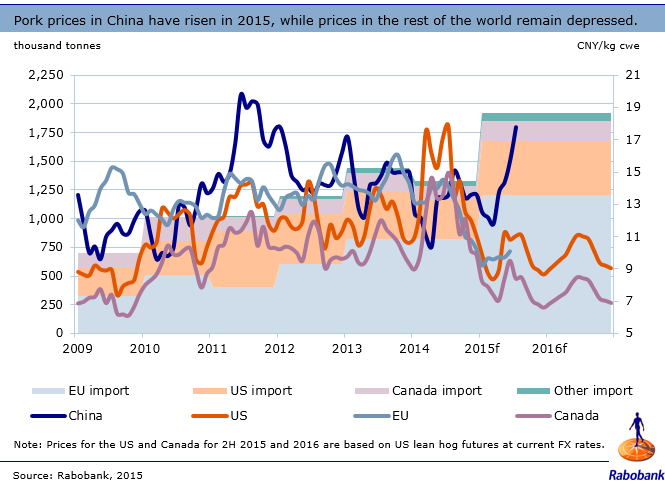