A 2001 Ford Transit diesel van sold at £950 and an unregistered Kawasaki 300cc made £970 and a Bury St. Edmunds farmer became the new owner of an elderly Ferguson TED unregistered tractor which made £700. 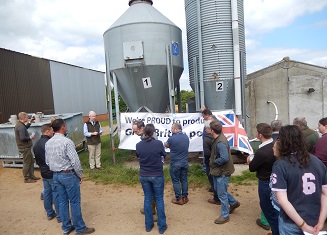