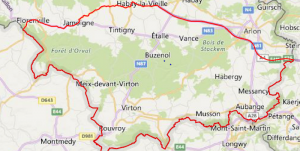 A 630 square km Infected Zone has been set up around the infected area and various measures put in place to try and eradicate the virus and keep it out of domestic pigs. This includes culling around 4,150 domestic pigs on a small number of commercial premises and numerous smallholdings.

Farmers will be compensated by national and EU funding, after Agriculture Minister Denis Ducarme’s plan was endorsed by the European Commission.

The authorities were also understood to be considering a cull of wild boar in the zone. Other measures inside the zone include movement restrictions, enhanced biosecurity and surveillance on farms, including no outdoor access or double fencing, testing of wild boar found dead and banning feeding and hunting of wild boar and human movement in the forest. Measures in place at the national level include a ban on pig gatherings, increased biosecurity and surveillance and ensuring domestic pigs avoid contact with wild boar.

The Belgian authorities stressed that ‘very few’ domestic pigs are kept in this region and said the risk of domestic pigs becoming infected with ASF remains ‘limited’. However, the UK Animal and Plant Health Agency (APHA) has warned that given the large numbers of wild boar in this forested area, crossing the EU border, eradication will be ‘a challenge’.

The virus isolated in Belgium is thought to be the same as the one currently circulating in eastern Europe. The most likely route of infection is said to be discarded infected meat products brought in from ASF-infected areas. Investigations are continuing.

Neighbouring countries have responded. France announced it was implementing a ‘rigorous’ action plan to keep ASF out in regions bordering Belgium border, while Luxembourg has introduced a surveillance zone along its border.

THE REST OF EUROPE AND CHINA
The virus continues to spread rapidly in central and eastern Europe, with international veterinary body OIE reporting new cases in Romania, Moldova, Latvia, Ukraine, Poland, Russian and Hungary during September.

Romania, in particular, has seen a surge in cases recently, with nearly 600 cases reported in July and August, including four in large commercial pig farms, resulting in 140,000 pigs being culled.

After China’s first case was confirmed on August 3, there has been a steady stream of new cases – at the time of writing, more than 20 outbreaks had been confirmed across nine regions of the country, home to around half the world’s pig population.

WHAT IS THE CURRENT UK RISK LEVEL?
Before the Belgium cases, APHA had increased the risk level of ASF entering the country from ‘low’ to ‘medium’ on a temporary basis. This followed the rise in cases in commercial pigs in Europe and continued imports of frozen pork products from affected countries, including Romania, where the situation is increasingly unstable. But the agency said the risk of exposure to the UK pig population was still considered to be low, although that is dependent on the level of biosecurity on pig premises.

APHA said these risk assessments would remain in place in light of the events in Belgium, stressing that the situation is being kept under review.

WHY ARE WE NOT BANNING IMPORTS?
Pork imports continue to be allowed into the UK from affected EU countries. Belgium is a significant supplier of loins to UK bacon manufacturers, exporting 23,000 tonnes of mainly primary fresh/frozen pork to the UK from January to July, according to HMRC data. The UK also imported small volumes of pig meat from Romania during the period, although no further imports are planned for the time being.

There have understandably been calls for import bans from within the pig sector. This is not possible, however, under the EU’s ASF regulatory framework. It adopts a regionalised approach where fresh or frozen pig meat from ASF-restricted zones cannot be sold to other EU member states, but commercially produced fresh or frozen pig meat derived from pigs raised outside the restriction zones can continue to be traded.

NPA chief executive Zoe Davies said she understood why there had been calls to ban imports. But she said: “In reality, the Government has no legal power to ban imports from EU countries. While there are obvious concerns, it is worth bearing in mind that if the boot were on the other foot, we might be grateful for that approach.

“But my big concern is that retailers and wholesalers will ship in cheaper pork from affected countries, which also increases risk of the disease getting here.” 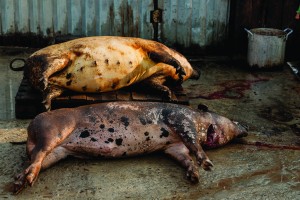 THE ECONOMIC IMPACT
Nonetheless, around 15 non-EU countries have refused to accept the EU’s regionalised approach and have banned Belgian pork imports. These include China, Mexico, Japan, Uruguay, South Africa and Australia.

There are also reports that processors in some EU countries, including the Netherlands and Germany, have suspended killing pigs from Belgium. Unsurprisingly, given this drop off in demand, pork stocks are increasing and there has been a drop in pig prices in Belgium.

Belgium is the eighth largest EU pork producer, producing around 1 million tonnes in 2017, and accounts for 10% of the total volume traded within the EU. In a new report analysing the potential economic implications of ASF outbreaks, AHDB predicts that, provided ASF can be kept out of the commercial pig herd, this trade should be able to continue unimpeded. However, volumes of cull sows going to Belgium from the UK could be compromised as Belgium responds to surpluses on its home market, the reports says.

But Belgium’s live pig trade, amounting to over one million pigs for slaughter last year and nearly 100,000 weaners, could be at risk if ASF spreads further in the country’s wild boar population, the report adds.

Of greater concern is the proximity of the outbreak to key EU exporters, in particular, Germany, Europe’s largest pork producer. The repercussions of an ASF outbreak could be ‘severe’, even if it was constrained to wild boar, the AHDB report concludes. In 2017, over 300,000 tonnes of pork

worth €750 million were exported from Germany to destinations that have previously introduced a total ban on product from countries with ASF. If Germany contracts ASF in its wild boar population, a decline in pig prices on the EU market seems inevitable German export bans cause surpluses to be re-directed onto the EU market.

Pig prices fell by 20% when the Russian import ban came into effect in 2014 and a similar decline might be anticipated if ASF hits Germany.

Lower EU prices would ‘no doubt weaken the UK pig price’, the report states, although the UK might be able to pick up on some of the lost German trade. The price of cull sows exported to Germany from the UK would also be hit.

What would happen if ASF was confirmed in the UK?
Defra has a detailed plan outlining the measures that would be put in place in the event of an outbreak. Aiming to ‘control, contain and eliminate infection’, these would include:

The document highlights how the biggest concern is ‘silent spread’ in the early stages of an outbreak. Strict controls will therefore apply on the movement of pigs and anything liable to spread disease as long as there is uncertainty on the extent of disease spread.

The UK’s international trade status in pigs and pig products would be affected, with export bans likely to be imposed by non-EU countries.

Only once all the control zones and infected premises in GB have been cleared and restrictions lifted would the Government apply for freedom from ASF status. This could take many months. Infection in feral pigs is likely to extend this timescale.

Dr Davies said: “An ASF outbreak could have catastrophic consequences for the UK pig sector, particularly if the virus gets into our feral pigs, so help us to spread the message and keep it out!”