It is an evolution of Tulip’s previous 10-year sustainable strategy, which ended this year, but goes further in its reach and targets, reflecting the growing scrutiny on the food supply chain in areas like the environment, animal welfare, waste, treatment of labour, and more.

The strategy aims to build on what the company, which was acquired by Pilgrim’s a year ago, describes as its ‘already industry-leading sustainability positions’, and will extend across the supply chain to include its farms as well as its processing plants.

It will set various targets for 2030 under five ‘sustainability pillars’ covering farming, food production, products, packaging and business & community. The details will be set out in a ‘roadmap’, expected towards the end of this year/early next year, which will also set out interim targets.

The targets will be aligned with the UN’s 2030 Sustainable Development Goals (SDG), ensuring the strategy reflects global priorities, as well as domestic ones. Progress will be independently validated along the way by organisations with expertise in the relevant fields, including the Business Benchmark on Farm Animal Welfare (BBFAW), WRAP on waste and the Slave Free Alliance.

There can be a healthy, and sometimes justified, scepticism within the industry when it comes to grand announcements on ‘sustainability’, a word that has sometimes been over-used in the past, with ambiguity about what it really means. Is it all more about PR than anything of real substance? 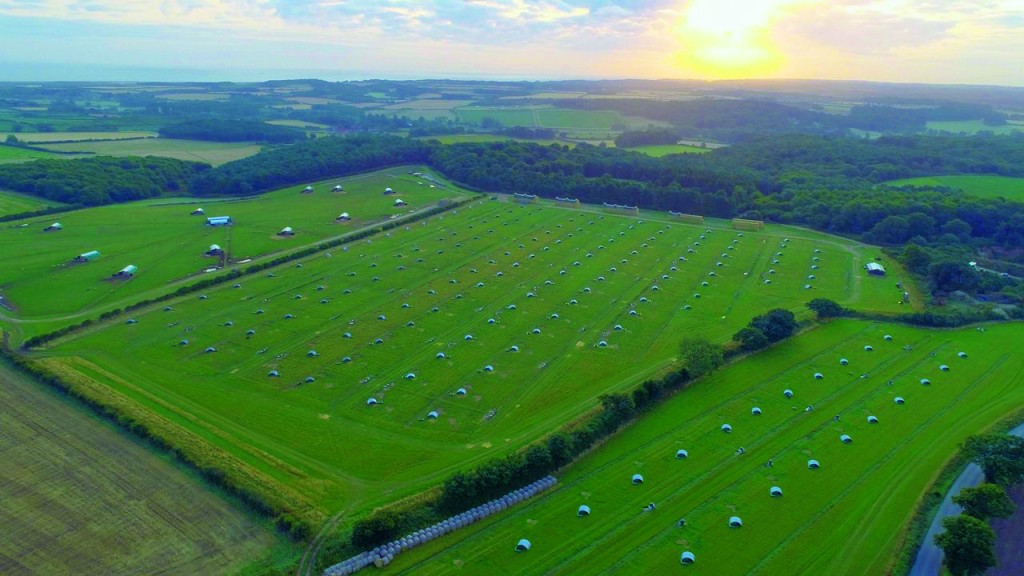 But, like it or not, the industry now finds itself in a constant PR battle to position meat on the right side of the arguments around climate change, biodiversity and, of course, animal welfare. The increased consumer awareness around what happens from farm to fork is being reflected in shifting consumer habits, with the growth of flexitariansim and, while still a relatively small part of the market, veganism.

But it is an argument that the pig sector is well-positioned to win, according to Mr Dight, who believes the industry, as a whole, could be doing more to highlight the positives, as well as defending the perceived negatives, including around animal welfare

Earlier this year, Tulip received the highest benchmark rating for its animal welfare standards, following a privately-commissioned assessment by BBFAW. 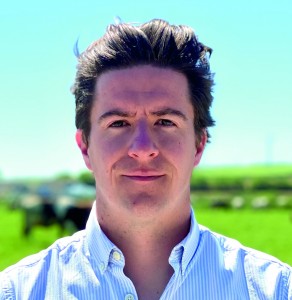 “I don’t see that the consumer fully understands pork welfare,”Mr Dight said. “It is about advocacy, working with retailers and other groups. It is about ensuring the consumer understands those systems and is willing to spend the money on those different systems.”

He stressed, however, that the company was not seeking to promote one system over the other or planning to change its proportion of indoor-outdoor bred and reared pork. This tends to be dictated by factors such as available land and market demand, he said .

On climate change, he believes the pig sector also has a good story to tell. Pilgrim’s is committed to achieving net zero emissions by 2040, in line with the NFU’s farming industry commitment and the SDG goals. This includes an intermediate 2030 target of a ‘1.5-degree pathway’, reflecting measures that restrict global warming to 1.5 deg.C over pre-industrial levels.

Mr Dight said the past 12 months had seen a significant reduction in the company’s environmental footprint across its processing sites. “It’s mainly about developing world class operational practices to improve efficiency and using more renewable energy – all electricity used across the manufacturing operations is renewable,” he said.

Another focus across the chain will be waste. Pilgrim’s is the ‘best-performing in the industry’ in terms of food waste, with just 0.1% waste, and is working towards a circular ‘no waste’ economy, Mr Dight said.

By far the biggest factor in terms of Pilgrim’s emissions footprint is pig feed – in fact, according to Mr Dight, 97% of emissions in its chain come from producers and about 60-70% of that is from feed. 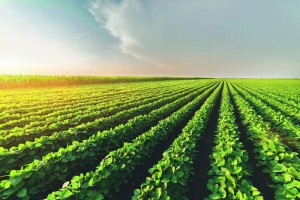 Pilgrim’s is a member of the UK Roundtable on Sustainable Soya, which brings together companies and industry associations to work towards sustainable soya sourcing. All soya used in its pig diets has been certified as being responsibly sourced since 2017.

An extensive research and development programme has resulted in its supply chain having what it claims to be the lowest soya usage of any pig producer in Europe.

“As an integrator we control the diets. Ultimately, through a tweak, we can improve feed conversion,” Mr Dight said.

He acknowledged that, in going further, there can be a trade-off because of the efficiency of soya as a protein. Nonetheless, the company is looking into alternatives, such as insects and processed animal protein (PAP), although neither option is permitted yet in the UK.

Mr Dight believes the industry’s true position on climate change is not being properly represented.

“In terms of bang for your buck, taking into account nutrition and footprint, pork comes out well, especially when done in a regenerative way, as with BQP, where crops are fed to pigs and slurry is used to fertilise the land,” he said.

“If you carry out an assessment of a carbon footprint on an outdoor unit, it will be negative, but that is not taking into account carbon sequestration and their part in rotation. Hopefully, we can start to represent the livestock industry in a way that is fair and takes into account the pros as well as the cons.”

On farms, beyond tweaks to the diets, major changes won’t be required of producers initially, but they will see more of an impact over the next 10 years.

BQP farming operations are already required to have an environmental assessment before being approved and biodiversity on outdoor units is going to become ‘an ever increasing issue’. There also will be a focus on preventing pollution, including water run-off and managing slurry and energy usage, Mr Dight explained.

Over time, some measures linked to the strategy will result in higher costs on farms and in plants. So, who pays?

“Of course you can’t expect producers to be picking up all these costs in the same way you wouldn’t expect processors to,” Mr Dight said. “I think it needs to be picked up across the piece.” 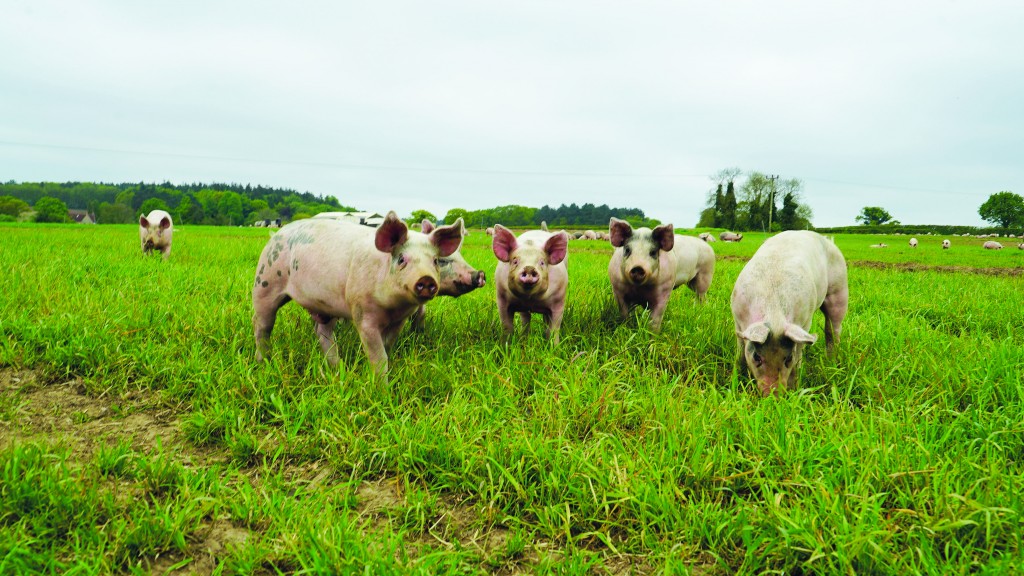 With all the negative focus on farming and its contribution to climate change and the increasing spotlight on animal welfare issues, the industry has often been reluctant in the past to put itself in the spotlight and shout about what it does.

But Mr Dight believes the sector, including pork processors, which, as the ‘middle men’, tend to keep a low profile anyway, now need to be more vocal. As well as doing the right thing, the strategy is about staying relevant.

Others in the supply chain, including some of Pilgrim’s rivals, are adopting similar holistic approaches to how they go about their business. “We need to be more transparent and work as an industry to start getting these messages out,” he said. “The consensus is that we need to start defending ourselves when there is misinformation and put out these positive messages ourselves, rather than being reactive.

“As society moves towards flexitarianism, veganism and other dietary trends, if you don’t stay relevant, there will not be a market. How do you stay in that market and improve it?

“This strategy is not about kicking people into doing something – it is about better representing the UK industry as a whole, then continuing to improve it and making it more sustainable than it is already.”