Its benchmarks are based on scientific evidence and are managed via banded ‘traffic light’ guidelines that categorise and monitor individual farm consumption (daily doses per livestock unit per year) and the amount of medication prescribed by vets. Antibiotic therapies are classified into three distinct groups, which govern how, when and if these medicines can be used with animals.

The Dutch livestock sector was once one of Europe’s highest AB consumers. In 1997 consumption was around 300 tonnes a year, doubling to 600t by 2007 – partly explained by rising livestock numbers and productivity.

But this high usage began to erode consumer confidence and the country’s reputation as an efficient, healthy food producer. It also implicated farmers as a key cause of the country’s growing antimicrobial resistance (AMR) problem.

This galvanised the production sector into more proactive disease control across supply chains to reduce dependency on medication wherever possible. On-farm, the implementation of systematic control measures and industry-wide auditing has delivered year-on-year improvements.

Recent SDa statistics show after the initial dramatic reductions, overall AB use is still falling but, as was expected, is now stabilising. Animal-day doses for the year show annual decreases between 2015 and 2016 of:

However, vets and farmers say the law is just a framework as there’s no ‘cure all’ policy. 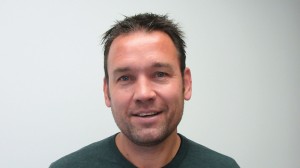 Speaking during a fact-finding tour to the Netherlands organised by St David’s Veterinary Group in October, Erik Boer, a pig vet with the Vechtdal practice at Heemserveen, said that Dutch AB regulations had forced a re-evaluation of farm animal care It has changed mindsets, because vets and farmers now have the same target

Mr Boer said: “All livestock producers must now demonstrate they have a health plan and they cannot just access medication from any vet, as used to be the case. We [vets]are audited too, every three to three years, and what we prescribe has to reconcile with farm records.

“There must be traceability and transparency because that’s the law, and it’s encouraged a one-to-one working relationship between vets and farmers.”

If progress is not made against SDa benchmark levels, investigations are likely and actions can be taken, including vets losing their licence if AB levels remain high over time.

The SDa traffic light benchmark levels for AB use include three bands: the target amount (green), a signalling/cautionary rate (yellow) and a high use/alert status (red). Some 94% of pig breeding herds and 90% of finishers are now operating in the green band, compared with only 56% of sows and 77% of finishing pigs in 2012.

The Dutch system is effectively controlling antibiotic use and the costs of medication/kg meat produced are lower. However, for most pig businesses, these savings are being outweighed by the additional administration and professional veterinary inputs required to comply with the law.

Many herds have also increased investment in proactive health strategies, such as vaccination programmes and improved hygiene/biosecurity protocols. Since 2010, the Netherlands has seen a 120% rise in vaccine sales and a significant increase in clinical testing and on-farm veterinary investigations.