The endemic form of the disease manifests mainly in weaned pigs, with the severity of the clinical disease exacerbated by co-infection with other pathogens. The severity also depends on the type of strain, and may vary between farms infected with the same strain. This may be due to the level of immunity within the pig population and potential infectious co-agents as well as management and biosecurity factors. PEDv is only infectious for pigs and doesn’t pose any threat to the human population.

PEDv has caused widespread epidemics across Europe, with severe losses of suckling pigs in several countries during the 1970s and 1980s. Since then, epidemics have become rare and PEDv has been more often associated with single outbreaks and recurrent diarrheic problems in weaned and feeder pigs. However, epidemics may occur at any time, as was observed in Italy in 2005/06, since the immunity in the sow population is presumed to be low. Recently, clinical outbreaks have been reported in some farms in Germany, The Netherlands and Belgium.

PEDv transmission
The faecal-oral route is the main means of PEDv transmission. Diarrhoeal faeces and/or vomit and contaminated objects, for example transport trailers and feed, can be major transmission routes for the virus. Virus excretion in infected pigs lasts seven to nine days; carriers of the virus for longer periods haven’t been reported. 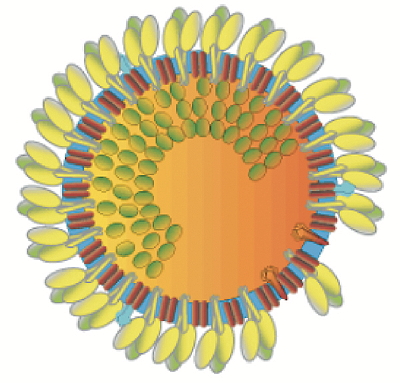 After an outbreak on a breeding farm, the virus may disappear, but can also persist. PEDv may reach endemic status if, after the acute phase of the outbreak has passed, the virus is maintained through infection of consecutive litters that have lost their maternal immunity from milk after weaning.

The virus is stable in a range of environments from 4C up to 60C, at which point it starts to lose its infectivity. As a result, PEDv can persist in the farm environment for variable periods dependent on temperature, pH and humidity. PEDv can survive for at least 28 days in slurry at 4C; seven days in faeces-contaminated dry feed at 25C; and at least 28 days in wet feed mixtures at 25C.
PEDv control
The good news is that the virus is inactivated by most virucidal disinfectants including cresol: sodium hydroxide (2%); formalin (1%); sodium carbonate (4% anhydrous or 10% crystalline, with 0.1% detergent); ionic and non-ionic detergents; strong iodophors (1%) in phosphoric acid; and lipid solvents such as chloroform.

Vaccination of pregnant sows has also helped in the control of epidemic PEDv and reduction of suckling piglet mortality in other countries such as the US. However, so far in Europe the disease has been of insufficient economic importance to prompt the development and licensing of a vaccine.

Biosecurity audit
PROHEALTH has developed an online scoring tool that allows farmers to appraise the biosecurity and management practices in their pig herds. Consequently, this tool may help to prevent introduction of PEDV. The online tool, which includes 133 questions, can be accessed by CLICKING HERE.