I just have a feeling in the pit of my stomach that farming will be the sacrificial industry ‘thrown to the wolves’ by politicians who have very little empathy for the countryside. It’s noticeable, in the north, that farms on the market are taking longer to sell – that in itself indicates that our industry doesn’t like indecision.

In Scotland, farming is a devolved matter. I just can’t make up my mind, in this context, if that’s good or bad. At least I can pick up the telephone and speak to our Minister – I doubt if you could do that south of Hadrian’s Wall.
Back on farm, my comment in December’s edition that autumn infertility had had no real effect last year wasn’t the wisest of declarations.
We sailed through the autumn, but then December arrived with repeats and the odd pregnancy failure.

I have suspicions that some of the problems could be coming from our poor quality straw, even though we do use a mould inhibitor in the sow feed.
There is no real pattern in sow parity and the only consolation to date is that the sows have been three-week repeats and we are well covered in numbers in our original matings.

Problems, of course, rarely arrive alone. We had a health scare with some six-week-old pigs not eating and not looking too happy.
We are only 40 minutes from the veterinary investigation labs, so a couple of pigs were duly dispatched and when you have an enzootic pneumonia-free herd, you always fear the worst.

Saying that, we had no clinical symptoms or coughing around the unit. It was a long week but their results were negative.
You only have to take your eye off the ball for a minute, and you’ll get a sharp reminder to be vigilant.
The problem has gone, but we are putting it down to the pigs getting a chill during one of the really frosty nights – in other words, slack management!
After last year’s near disastrous fire at Brechin, the plant is now up and running. There is always going to be the odd gremlin, but let’s hope we can now move on and build numbers up.

Sadly they have the odd lapse – slaughtering contract sows and cancelling pigs in the lead up to Christmas did them no favours within the Scottish pig industry. I am sure the management board will rectify this for next year. 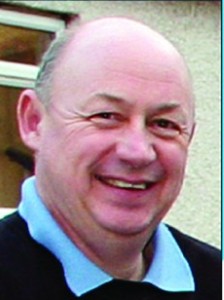