In a bid to help encourage a new generation, we attempted to go down the route of employing apprentices, so all the unit’s current staff could pass on their skills and knowledge – but there appeared to be no interest from the college.
I believe we are paying a good wage to try and attract the right people, so more should be done to highlight how many opportunities exist within the pig industry.

A passion for pigs combined with a hands-on approach can deliver endless opportunities.
Having interviewed people from all walks of life, it seems strange to me that, despite applying for a role working with animals, they appear to have no concept of what the job involves.

One interviewee asked if working every other weekend was a requirement. To which I responded: “Yes”. Then I was met with: “Does your wife like you working every other weekend?”
I thought about this from my wife’s point of view and responded: “Yes”, only to then be met with: “That’s not fair, your wife is used to it”. This was promptly followed by: “Do I have to work Christmas and bank holidays?”
I was tempted to reply: “No, the pigs feed and muck out themselves during holidays.” But I settled for a simple: “Yes”.

I’m concerned that the lack of people interested in working hands-on with pigs is going to have a detrimental effect. Are we going to be able to fill the roles within the industry with people that have the passion the role deserves? 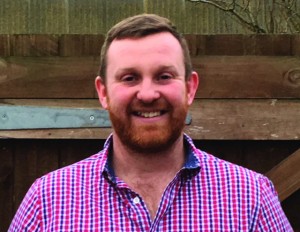 Gareth Virgo
is production manager at J E Porter Ltd in Lincolnshire, where he oversees operations on a 620-sow indoor straw farrow-to-finish unit