“But while they’re all impressive and outstanding there’s still no single, scaled, measure of how a farmer or food producer performs against a sensible basket of indicators, taking into account such things as soil health, control of pollution, contribution to water quality  as well as animal welfare.”

The Health & Harmony consultation gave yet more reason to question whether Red Tractor fits in to the Government’s plans for farming post-Brexit.

“It is not always clear to the consumer what standards underpin welfare terminology,” it said. “We are considering whether giving consumers greater clarity of information could support higher welfare production.”

So where does this leave Red Tractor, launched 18 years ago as a guarantee of Britishness, food safety and quality, encompassing all production methods, including intensive systems? It was never intended as a high welfare marque, but to differentiate food produced to UK standards from imports.

Animal welfare activists often focus their ire on Red Tractor, attacking the standards, for example, that allow farrowing crates on pig breeding farms and pigs to be reared indoors on slatted floors with no straw.

Meanwhile, a consortium of organisations from across the EU is campaigning hard for ‘more honest and transparent’ Method of Production labelling under the Labelling Matters banner. The coalition is led by organisations pursuing clear agendas on the reform of farming systems.

Pig World asked Defra whether it still saw Red Tractor as an appropriate marker of British standards. Frustratingly, a spokesman declined to answer the question directly: “As the Prime Minister has set out, we will make the UK a world leader in the care and protection of animals as we leave the EU.

“We have consultated on future farming policy and proposals to reward farmers for the provision of public goods, including high animal welfare standards. We will publish our response in due course.”

“Absolutely, categorically, Red Tractor is the right strategy,” he said. “The equity is already built up, it is well established, and, crucially, the processes and thinking have already been done. It would be ridiculous to start from scratch,” he said.

Shifting towards an outdoor-only assurance scheme, for example, would only serve to ‘make a small group feel better about themselves’, he added. “That’s not to say Red Tractor is a finished piece of work – it will always change and adapt,” he said. “But for me, its strength is it is universal and open to every producer. It is important we are not a minority niche player.” 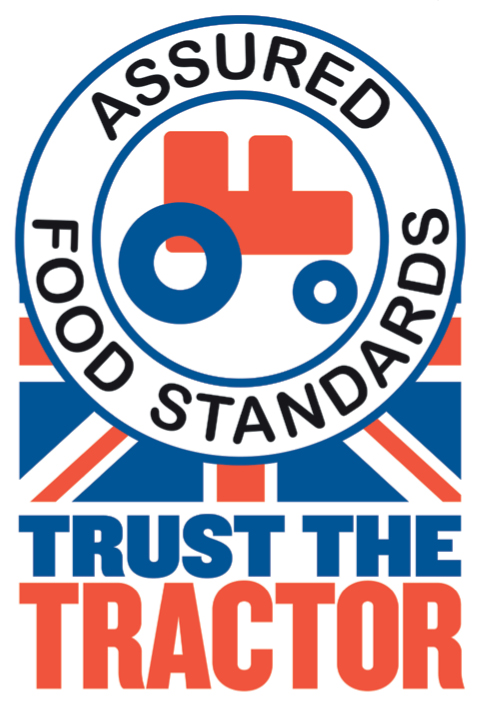 Mr Sheldon said Red Tractor had spent years being ‘constantly undermined’ by groups with particular interests. Given that most people buy mainstream product with value to the fore, and that most pork is indoor reared, that debate is ‘not helpful to consumers’, he said.

“My own view is that Red Tractor may need to accept that a one-size-fits-all standard will no longer meet everyone’s needs. It could be that we would benefit from introducing variations to the standard, which suit various markets that consumers are interested in,” he said.

“But we need to avoid creating a tiering system that suggests one method of production is better than the other. We can’t have emotive language. The terminology will be difficult, but we need to describe what the system is and allow the consumer the chance to choose.

“Currently we have a single standard that defines the outcomes, rather than the system. I think we have to move on from that because it doesn’t fly with consumers, retailers and government.”

“The scheme is open to a lot of abuse,” said Kate. “There is no differentiation between systems and between farmers who are really good at what they do and those who aren’t.”

Because the Morgans use farrowing crates and slatted systems before finishing on straw, Red Tractor is the only assurance scheme they qualify to be part of. But Vicky argued that this isn’t fair for farmers who use straw because they pay more than other producers, but there is no way for consumers to know that.

James Black is managing director of Bacton Pigs in Suffolk, which produces 1,100 pigs a week. He supports Red Tractor as an assurance standard, but believes it should remain as an inclusive marque covering various production methods, while higher welfare products can be covered by other organisations. “We should have a basic assurance standard in Red Tractor, and beyond that it should be left to the marketplace so other assurance schemes have their USPs,” said Mr Black.

He has doubts about how  Mr Gove is dealing with farming, specifically the focus on different production methods. “I’m not sure the Government should be taking a lead on that,” he said, arguing that the market should determine how food is produced. “Too much prescription is not a good thing.”

AN INCLUSIVE SCHEME
Last year, Baroness Lucy  Neville Rolfe (pictured) was appointed chair of Red Tractor. She is a Conservative member of the House of Lords, and a former Government minister and former executive director of Tesco, having worked alongside Sir Terry Leahy in the retailer’s heyday. Her appointment has come at a time when her influence and contacts are more important than ever before.

She believes Red Tractor should remain an inclusive scheme, with ‘higher welfare’ logos remaining the domain of other organisations.

“I see it as providing a baseline, but it obviously needs to observe certain standardsand we have a rolling process of improving standards,” she said.

There are other issues for Red Tractor to contend with, including concerns about whether consumers understand what it means. That’s why Red Tractor has, for the first time, decided to run a TV advertising campaign this autumn.

“I think people understand that Red Tractor denotes Britishness,” she added. “They’re less certain about the assurance side. So we’re doing this communication campaign because we need to explain in simple terms that it means that the food is safe and that there are animal welfare standards.”

In its Command Paper reponse, Red Tractor urges the Government to ensure food production remains at the forefront of future policy and not to place too much emphasis on other ‘significant, but less critical’ objectives.

“Red Tractor is already the foundation stone of British agriculture sitting independently as an authority in the UK and the world over,” said Red Tractor CEO Jim Moseley. “Our response has reminded Government  that as the largest and most comprehensive assurance scheme in the UK, there is no organisation better placed to deliver practical and robust performance metrics against the Health and Harmony vision. There is no need to re-invent the assurance wheel.”

So Red Tractor is fighting its corner. But it’s clear there are frustrations within the industry about the direction Defra is moving in. NPA chief executive Zoe Davies questions Defra’s definition of higher welfare.

“System type should never be used to define welfare standards” she said. “Red Tractor should continue to cover all systems, and it has great potential to increase standards across all farm types.

“We have got to get away from the ‘indoor bad, outdoor good’ mantra because welfare is all about stockmanship. I firmly believe that welfare outcomes have to be at the centre of any new system.”

Mr Sheldon believes Mr  Gove has heard the views of Red Tractor. “We are seeing a much closer understanding with ministers,” he said. “Our goal  is to persuade them that Red Tractor is the answer.”

But he acknowledged that it is not just the industry’s voice being heard. “I am optimistic that our logic is compelling, but I am worried about the disproportionate influence of niche players,” he added.