In an in-depth report, HSE said the biggest cause of these fatalities was farm transport.  The causes of death were:

Workers over the age of 55 were disproportionately at risk of death following an incident. When comparing older and younger farm worker age groups, the five-year fatal injury rate is nearly six times higher for over 65s compared to the 16-24 age group.

Now in its eighth year, Farm Safety Week brings together five countries over five days with one clear goal – to remind farmers and farm workers to take safety seriously so we can reduce the number of life-changing and life-ending accidents on our farms.

“Agriculture is a vitally important part of our economy,” said Adrian Hodkinson, head of agriculture at HSE. “But every year we report that agriculture has the poorest safety record of any occupation in the UK.

“It is a very sad fact that most of the deaths and life-changing injuries are completely avoidable and the causes well known. The precautions to prevent people being killed and/or really seriously injured on farms are usually straightforward.  It is not acceptable that agriculture continues to fail to manage risk in the workplace. We need everyone to play their part to change their own behaviours & do things the right way (rather than the way it’s always been done) and challenge poor practices whenever they are seen.

“On a more positive note, it’s fantastic to see more use of working platforms, more hi-vis clothing, that ATV users are getting trained and wearing helmets, and better cattle handling facilities are being installed.”

Throughout this year’s campaign, the Farm Safety Foundation, supported by the Farm Safety Partnerships, the HSE and its counterparts in Northern Ireland and Ireland will demonstrate how COVID-19 has impacted the industry.

With the tragic reality that three children lost their lives on British and Irish farms over the past month, the issue of keeping children safe on farms has never been more important, the foundation said.

There will be a focus on distracted driving and rural road safety, following recent news reports of farmers texting and ‘TikToking’ while behind the wheel.

But given the encouraging figures in this year’s HSE annual report, there will also be a look at some of the ‘exciting innovations in technology helping us all to farm safer’. 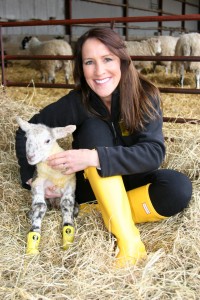 Stephanie Berkeley, who manages the Farm Safety Foundation, said: “This has been a particularly challenging 2020 for all of us however, over the past few months – farmers have been recognised as key workers, playing an essential role in producing food for the country.

“Like any farmer scanning his fields for green shoots, we are doing the same across the industry and we’re optimistic that a change is finally happening.

“Farmers are starting to make decisions that are in their broad self-interest and in the interest of staying safe and staying alive. Young farmers are coming into the industry with improved attitudes to working safely. More farmers are being open about looking after their physical and mental wellbeing and using technology, learning business skills and taking innovative steps to make their farm businesses safe, resilient and sustainable.”

NFU deputy president Stuart Roberts said: “We are seeing more farmers making important headway when it comes to improving safety on farm, but the fact that the main causes of fatalities on farms have been the same year after year demonstrates that we need to change our approach to doing things.

“We can no longer carry on doing things just because that’s how it’s always been done. We need to start looking at situations with a fresh pair of eyes and we need to help each other by pointing out risks when we see them.

“As an industry we too often turn a blind eye when we see friends and colleagues undertaking unsafe practices or cutting corners. I know I have – I didn’t want to have that embarrassing and awkward conversation, and I didn’t want to be seen as telling someone else how to run their farm.

“But if we’re serious about making long term improvements to farming’s safety record then we need to recognise that the best thing we can do for each other is to point out when we see unsafe practices, even if they’ve done the job a hundred times before and even if it makes us uncomfortable.

“It was really encouraging to see the lowest number on record last year, but there were still 21 people who lost their lives. We all have a responsibility to look out for each other, and highlighting safety issues and helping each other make improvements is the only way we’re going to get this number to zero.”