The assurance body has carried out around 35-40 pilot inspections across its sectors – pigs, poultry, crops, fresh produce, livestock and dairy – which, according to Red Tractor CEO Jim Moseley (pictured) said have been a ‘huge success’.

It is now planning to ‘scale up’ the pilots, with more than 100 farms expected to trial the system over the next three weeks. Red Tractor will then ‘iron out any bugs’ that emerge before rolling the regime out ‘fully’ from early May.

More than 150 farmers have expressed an interest in taking part in the next stage of the roll out, citing the benefits of this ‘more modern’ technological approach, Mr Moseley said.

He said Red Tractor was the first major food and farming assurance scheme to incorporate fully remote assessments into its inspection regime. “Farmers who have successful remote assessments will not be required to have an additional physical assessment outside of their normal audit cycle,” he told journalists on Thursday.

He said the new regime would remain in place ‘at least until the end of COVID-19 and we have the ability to get back to physical inspections’ and hinted that elements of it could be permanently integrated into the inspection regime.

“With the trials we have done so far, we have had huge success. Lots of members believe there are real benefits and that it could herald a completely different approach to auditing long after COVID-19,” he added.

How the remote inspection system will work

The assurance scheme is utilising its own online portal to enable farms to upload their documents and records.

During the pilots, Red Tractor also successfully tested different live-streaming technologies, such as video calling or online meeting software such as WhatsApp, Blue Jeans and Zoom, allowing assessors to have ‘virtual eyes’ on the farm.

The idea is that producers will move around the farm with a mobile phone, filming parts of it at the request of the assessor. Where signals do not permit live-streaming, farmers will be expected to take videos and then share them with the assessor.

Farms due their assessment, or new applicants, will have two options:

The initial remote inspections beyond the pilots will focus on scheme members due inspections and new producers wishing to become accredited, for example businesses who used to supply foodservice, but have switched to retail customers.

Members will be contacted by their certification body in due course to discuss the options available to them. There will be no unannounced inspections.

The audits have been approved by UKAS and discussed with industry stakeholders to address any issues scheme members might have.

Philippa Wiltshire, Red Tractor’s head of operations, said the remote audits had been shown to be ‘just as robust as normal inspections’.

She said the inspections were generally taking as long as physical inspections, although it is hoped the process can be speeded up.

Red Tractor’s simple guide to remote assessments can be found on YouTube here. 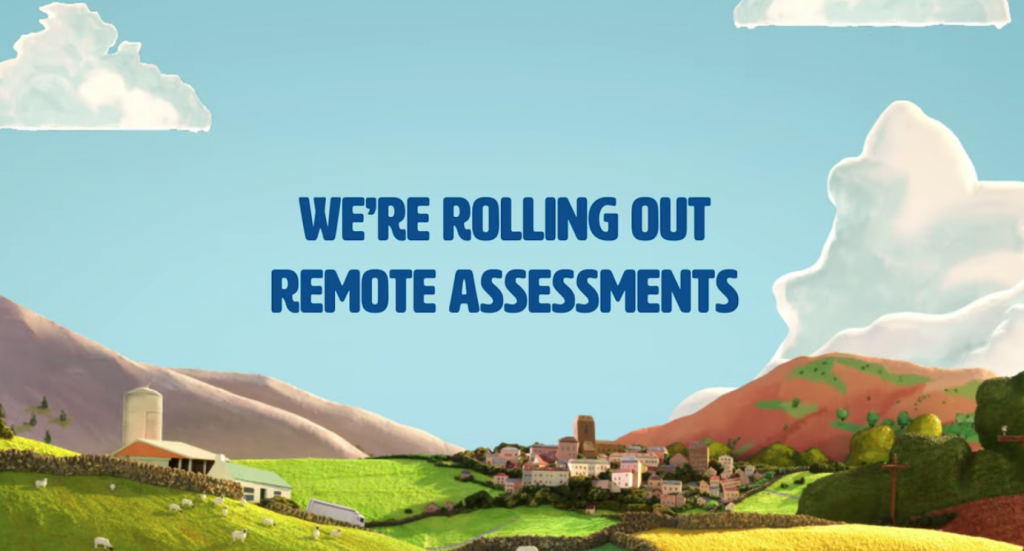 Mr Moseley stressed that the remote inspections were not optional. However, while some farmers will embrace the new regime, he acknowledged that others ‘may be daunted at the prospect of a remote assessment’ due the pressure they are currently under or if they are unused to working with the technology required.

He acknowledged that inspections could be particularly disruptive for small farmers on their own in remote locations. “We need to be cognisant of that. It is critical that we do not create shortages in food supply,” he said.

He said Red Tractor was committed to working with its members and certification bodies to make sure remote assessments are as straightforward as possible.

“We understand that this new approach will take time to bed in. We are only too aware that it needs to be workable and not overly-burdensome for our members to achieve and as,” he said.

He said going down this route would maintain consumer confidence in Red Tractor by ensuring standards continue to be adhered to, while also accommodating a number of new applicants and avoiding the rapid build up of backlogs in inspections.

“It was important that we developed a remote assessment option, which isn’t burdensome for our members but underpins our mantra – that adhering to the standards isn’t merely an option, it is a necessity – it’s every standard, every day,” he said.

Red Tractor recently issued new guidance on remote quarterly veterinary inspections, which will be a requirement for scheme members where physical inspections are not possible.

The full guidance can be viewed here