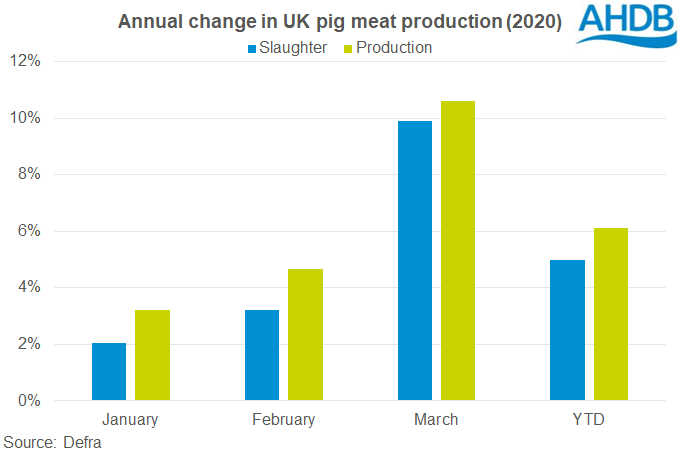 Finished pig carcase weights in March averaged 86.6kg, 1.0kg (1%) more than in the same month last year, although down 0.2kg on weights recorded in February. Whilst seasonal decline is typically seen at this time of year, this may also be due to producers pulling pigs close to finishing forwards, this year, which would reduce the overall average.

Slaughter of sows and boars also recorded a rise in March, with adult slaughter totalling 21,300 head, 1% (300 head) more than at the same time last year.