Chinese pork production is expected to see growth of 11% year-on-year in 2021, although this will still bring it in at 25% below pre-ASF levels due to ongoing breakouts and low productivity, with high feed prices could also likely to limit growth.

Global pork exports are forecast to fall by 1% year-on-year in 2021 to 11.5 million tonnes, as demand slows from China due to the growth of its national pig herd.

Chinese imports are forecast to drop by 8% year-on-year in 2021, as pork production recovers, but will still be high compared to historic figures.

Ms Clarke commented: “This is expected to outweigh higher demand from other countries including the Philippines and South Korea. The Philippines could see imports more than double, due to changes in its tariffs and quotas following impacts of ASF on domestic production.” 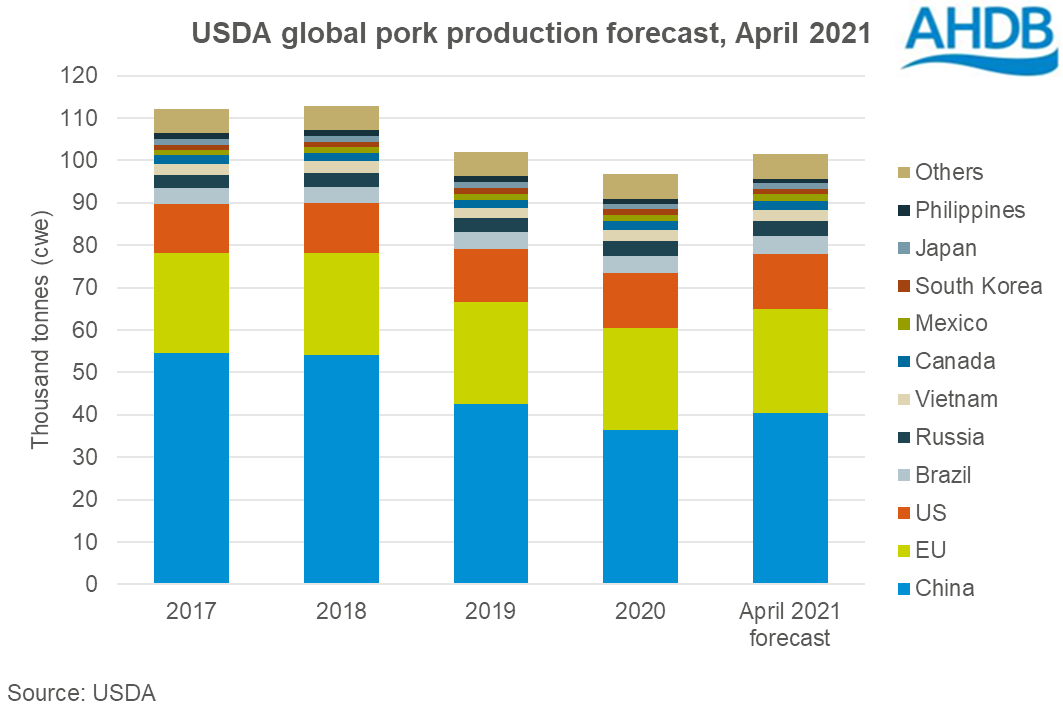