We get the point. The news does, indeed, come as a major boost to the UK pig sector as it looks to gain more benefit from the African swine fever (ASF)-driven surge in Chinese demand for pork.

The trotter trade, expected to be worth up to £18 million a year, is part of a bigger picture that has seen a significant acceleration in Chinese plant approvals in recent months.

There are now UK 10 abattoirs and one cutting plant approved among the big three processors, Cranswick, Karro and Tulip, with nine of the 10 abattoir approvals covering trotters, which have minimal value here but are in heavy demand in Asia. Among the recent approvals is Quality Pork Ltd’s (QPL) Brechin site, which is expecting to export 50 tonnes of pork a week to China.

George Taylor, the site general manager, said the plant would initially be supplying pork by-products, but is exploring exporting more primal cuts to China in the coming months.

Brechin invested in the site, with support from key partner Tulip, to ensure that it met the high export standards required, including increasing its packaging capabilities as well as enhancing the security and fencing of the site.

“This opportunity to supply products direct to China will safeguard the future of the Brechin site for the long-term, ensuring we’re competitive with other UK abattoirs, while also leading to job-creation opportunities in the year ahead,” Mr Taylor added. 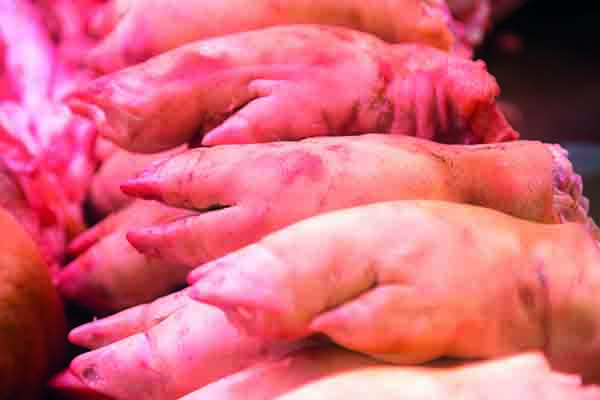 It is all a far cry from the frustrations felt among the processing sector at the previously slow progress in securing Chinese access. For a long time, other sites were forced to look on and wait, following 2017 approvals for Cranswick’s Ballymena and Hull facilities and Karro’s Cookstown plant, which had all been inspected by Chinese officials.

However, the desperate situation now facing it has prompted China to approve new plants around the globe with a more rapid, streamlined process.

The recent approvals still followed a lengthy process of negotiations involving Defra
and AHDB in collaboration with the Food Standards Agency, the UK Export Certification Partnership (UKECP), the Animal Plant and Health Agency and the wider industry.

UKECP is an industry- government partnership that supports this market access work, funded by all the UK levy boards, as well as industry bodies and companies.

British Pig Association chairman Marcus Bates, who chairs Export Certification Ltd (ECL), which handles the industry side of the UKECP partnership, said that the approvals were
the result of ‘numerous inward and outward missions along with plant inspections and supporting documentation, all hosted by UKECP’.

“Both Government and industry have increased their commitment to this market access work in the past year, despite the demands of Brexit. We have always said that if we are to leave the EU single market we must do so with momentum in our access to third-country markets,” he said.

The Government also announced in October that beef from the UK will be exported to China for the first time in 20 years, further reflecting China’s desire to fill its protein gap.

MARKET IMPACT
China has already rapidly grown to become the UK’s biggest customer of pigmeat. Pigmeat exports so far this year to China alone are worth £93m, more than twice the value during the same period last year.

These approvals are certain to see these volumes rise, particularly with no signs of Chinese demand diminishing in the short-term, further supporting a rising market.

By late October, the SPP stood at 157p/kg, up 3p on late-September. Speaking at the NPA’s South Central Regional meeting in Newbury, AHDB analyst Duncan Wyatt said he was ‘optimistic’ that prices would continue rising for the remainder of the year, driven largely by export growth.

He suggested increased export volumes had prevented a much worse market situation this year, in the face of declining domestic demand and a 1% increase in productivity. This is in contrast to tighter EU supplies, which helps to explain why the SPP has been slower to react to increased global demand than EU prices.

Import volumes have been falling, too, 13% down year-on- year in August, as the gap between UK and EU prices shifts the focus more towards domestic pork to fulfil contracts. This is all being reflected in a higher UK spot price.

Looking to the future, UK productivity is expected to increase further, with modest breeding herd expansion and higher carcase weights. But continuing tight EU supplies, combined with soaring EU exports – forecast by the European Commission to increase by 20% in 2019 and another 13% in 2020 – will be supportive of higher prices.

Mr Wyatt predicted the Asian ASF crisis would ensure the global pork market remains ‘tight for the next year or two at least’ – and, with the new plant approvals, the UK is in
a better position to benefit.

“We have just started sending whole pigs in boxes to China. The high price makes it worth doing that. Until now, we might have considered China as a market for those parts of the animal we don’t eat as much, but this is an important tipping point, as it means China’s demand is overlapping with UK demand, which should have a good effect on prices,” he said. 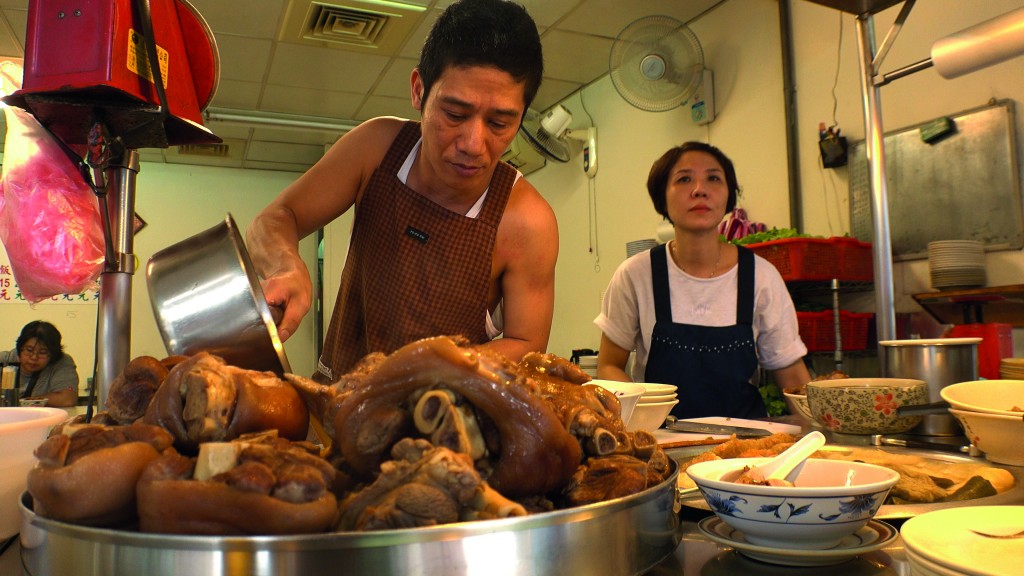 CHINA RECOVERY?
Nobody knows with any certainty how long the Asian boom will last. There are conflicting reports emerging about the state of China’s pig herd. A Chinese government official has boldly claimed that the herd will ‘bottom out’ by the end of the year, and possibly recover to its normal levels in 2020.

The optimism was fuelled by a recovery in farms that slaughter more than 5,000 pigs a year, Yang Zhenhai, from China’s Ministry of Agriculture and Rural Affairs, said.

“Various supporting policies and market factors have helped to boost confidence in pig farming significantly, and enthusiasm for production among small and big farmers is further improving,” he said.

Indeed, in the face of an understandable reluctance to do so as the virus continues to spread, the Chinese government is trying to encourage restocking, particularly among large farms with better biosecurity, with various policies, including large subsidies.

Record Chinese prices – currently the equivalent of about £4/kg liveweight – are also proving to be an incentive to risk getting back in. The government is encouraging local authorities to set production goals, make additional land available for pig production and to ease up on restrictive environmental regulations that have limited where farms can be built, the USDA said.

A report by Bloomberg from an ASF conference in China in mid-October quoted various Chinese pig businesses talking about their restocking plans. Wens Foodstuffs Group, the country’s largest pig breeder, and COFCO Meat said they had retained their sow herds. Wens is aiming to accelerate its expansion plan to reach a target of 70 million pigs a year.

“Large firms are trying their best to boost their sow herds,” said Lin Guofa, a senior analyst at Bric Agriculture Group. “Small ones are about to be phased out of the business as many have been left penniless after the disease.” 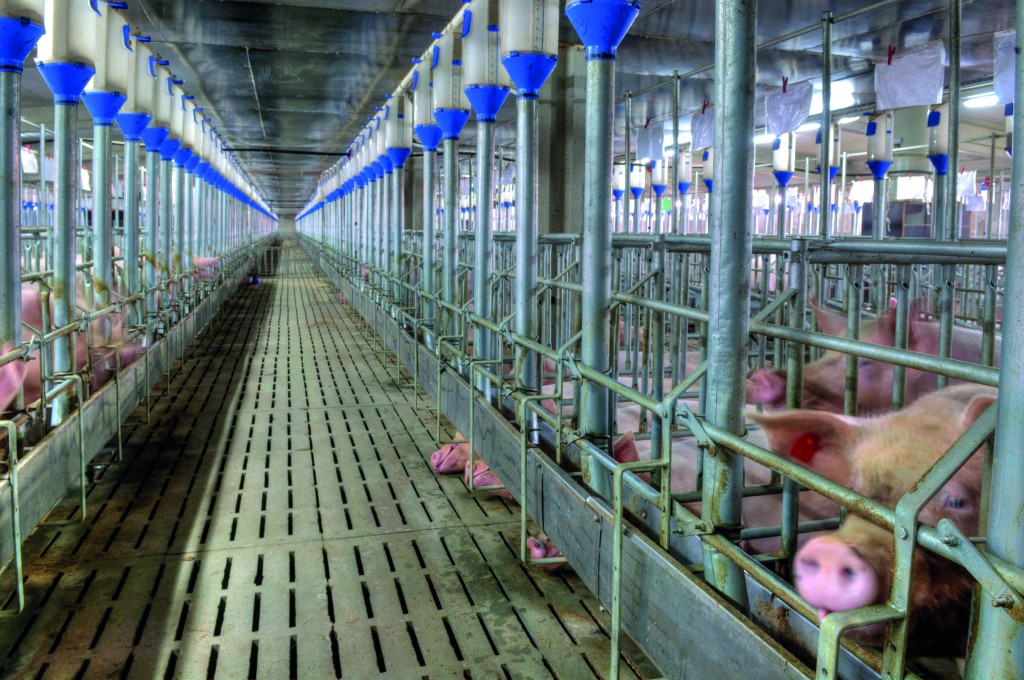 The US is gearing itself up for the Chinese market

But given the huge losses incurred so far and the continuing spread of the virus, many experts believe thoughts of herd recovery are extremely optimistic. Pig production is recovering in the north, but is still falling in the south and south- western regions, a Chinese analyst told Reuters.

While official figures currently put the herd loss at 40%, in its latest ASF update, Rabobank predicts that China’s herd could be down by 55% by the end of the year. It might recover in 2020, but according to Rabobank, only very slightly and will not return to anything like 2018 levels. It forecasts this will translate to a 25% decline in production in 2019, followed by a further 10-15% drop in 2020.

Vietnam has already seen a 20% decline in its herd, and, with Cambodia, Laos, Myanmar, South and North Korea, the Philippines and Timor-Leste also affected, pork shortages across Asia are inevitable for some time.

According to the latest outlook from the USDA, the global export boom will continue into next year. Global pork production in 2020 is forecast to fall by 10% on the year, to 95.2 million tonnes, which would be the lowest level since 2007.

However, the USDA also forecasts that Chinese pork consumption is expected to fall by more than 20% next year.

Although consumers initially turned away from pork due to disease concerns, more recently, higher prices have increasingly deterred purchases.

WHO WILL FILL THE GAP?
Spain and Germany led the way in the volumes of Chinese pork exports in the first eight months of 2019, followed by Canada, Brazil and the US.

The USDA forecasts that all the major exporters will benefit from Chinese import demand, with Brazilian exports up 20% in 2019, EU exports up 13% and US exports up 11%. Even this, though, will not be enough to compensate for the expected decline in production from China, Vietnam, and the Philippines, the USDA added.

But while Brazilian exports are also expected to increase by 20% in 2019, Brazil is limited by the number of sites approved by the Chinese authorities.

EU exports will also continue to benefit, but falling domestic consumption and the declining pig herd are likely to limit production growth.

In contrast, the bullish US pig sector is gearing itself up for the Chinese market. US production is growing, up 3% year-on-year in the first half of 2019 and forecast to grow by 4% next year.

There are tentative signs of an easing of its trade war with China, which has so far limited its response. President Trump has agreed to delay a tariff increase on Chinese goods, after Beijing promised to buy up to $50bn of American farm goods – including pork.

It is unclear, however, whether this will be accompanied by a lowering of tariffs, but such are Chinese prices, US exports would still be competitive even with the continuation of tariffs of up to 72.5%.

And for a further sign that the US is gearing up for a major assault on the Chinese market, Tyson Foods, one of the US’s biggest pork companies, has announced that, in February, it will stop buying US pigs raised with the growth drug, ractopamine, currently banned by China. Its major rivals, Smithfield and JBS, have already taken the step.

The move will allow the company to ‘compete more effectively for export opportunities in even more countries’, its president, Steve Stouffer, said.

In his October 21 pork commentary, Genesus Genetics CEO Jim Long said it was clear that the move was directed at China.

He pointed out that China had purchased 294,800 tonnes of pork from the US in the last two weeks, equivalent to about ‘three million market hogs’.

The US pork giants do not want to miss out on the promise of ‘huge sales to China’, he said.

“China’s hog price is five times higher than the hog price in the US. No wonder exports are taking off,” he said.

So, while ASF will continue to offer opportunities for some time, the competition for that market is growing.

BREXIT THREAT
And as Mr Wyatt pointed out, while the cliff edge appears to have shifted, the threat of a no-deal Brexit would change the picture dramatically.

With the Government’s planned tariff arrangements, the UK pork sector, which would be facing large EU export tariffs, could rapidly find itself the target for some of that US pork, which would still come in cheaper than UK pork despite the transport costs of getting it here.

And there would be more than enough ractopamine-free pork to go round.