“China has been importing less pork since managing to rebuild its own pig herd and this has had a knock on effect on global trade,” commented Freya Shuttleworth, analyst for dairy and livestock at AHDB.

UK to EU annual pork exports were also down 40% year-on-year, as Europe is also oversupplied with pig meat due in part to its own reduced trade with China. 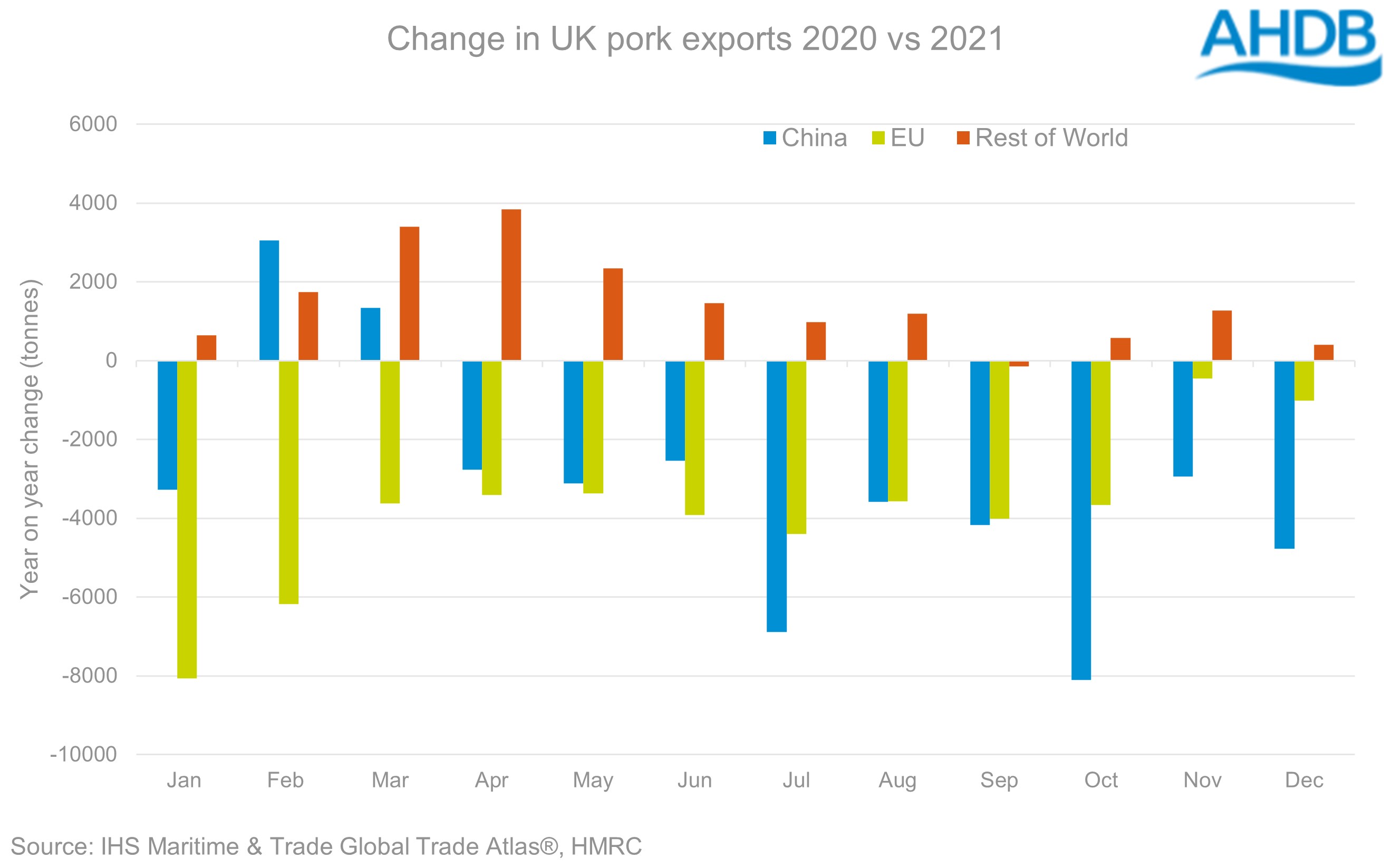 Imports of pork to the UK also dropped over the year with 27,500 tonnes imported in December 2021, down 13% from November and 20% lower than the same time the previous year.

Compared to 2020 the annual total of imported boneless pork has increased by 1% and the total amount of bone-in pork has dropped by 27%.

“This suggests we are making use of butchery capacity abroad to get the cuts of pork required for the UK market, in an attempt to decrease the butchery workload at home,” said Ms Shuttleworth. 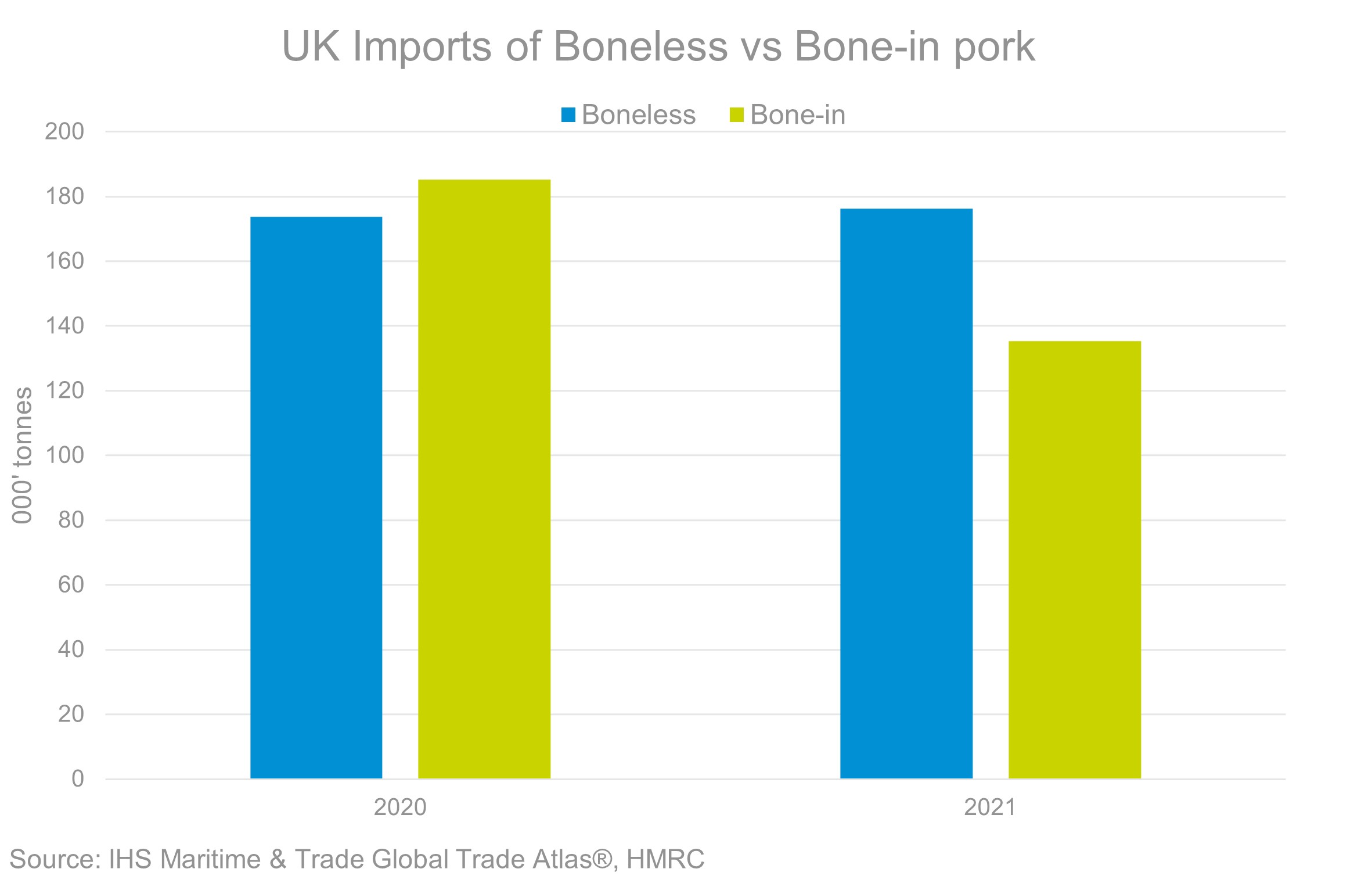