Average clean weights for May were 89.3kg, 2.7kg heavier than a year ago, and carcase weights have continued to come in heavier, although this difference is now narrowing. 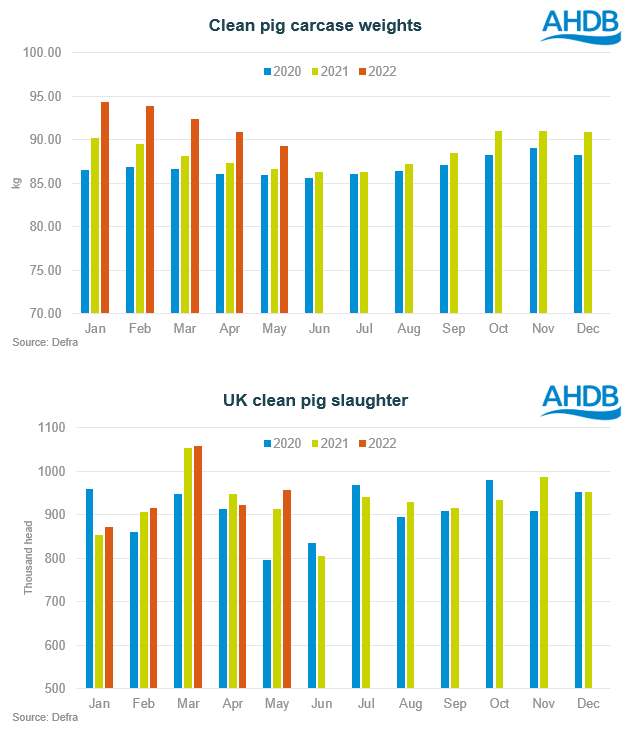 AHDB suggest that it is the heavier carcase weights that can account for the current increase in production levels. While they expect clean pig throughputs to fall away later in the summer, alongside production, but by how much will depend upon the contraction in the sow herd.